NBA 2K20 has continued to roll out awesome content during this coronavirus (COVID-19) pandemic. The gaming industry has seemed to improve as more people are staying at home and playing video games all day amidst the pandemic. 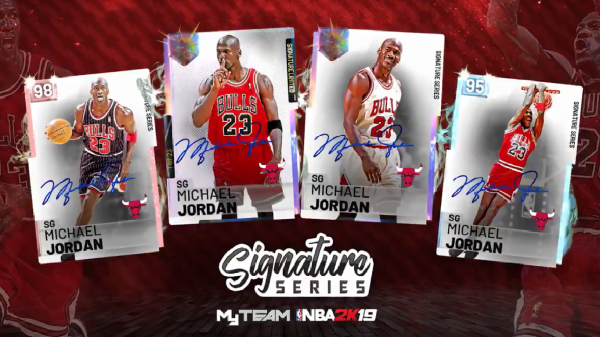 2K has been able to deliver on a very consistent basis, a good amount of their new content being associated with the current MyTeam mode for free! The latest of their content release/offer comes in an interesting form of a brand new locker code.

In order to get this, head right over to the tab that says MyTeam from the main menu. Once you have loaded yourself into this mode, scroll over until the Extra tab then proceed to the Locker Codes tab. Select the tab and enter the code found in the Tweet below with the dashes included. No need to capitalize the letters.

Locker Code. Use this code for a guaranteed pack. Either a Campus Legends, Leap Year, or New Year's Resolutions pack. Available for one week! pic.twitter.com/Lw07cfn86M — NBA 2K20 MyTEAM (@NBA2K_MyTEAM) April 5, 2020

Just in case you are still wondering, the New Year's Resolution pack as well as the Sapphire Andre Roberson pack does not carry that much value at this point in the game.

Inclusions of a Campus Legends Pack

The most valuable cards to be found on a Campus Legends pack that was originally released in March is the Galaxy Opal Magic Johnson card. This 6'9" with A, A-, or even A+ ratings in almost every single category. This card is virtually without weakness.

Another deadly set of cards is the Carmelo Anthony cards which also had magnificent attributes. These specific attributes are augmented by Melo's most favorable animations. Ralph Sampson Pink Diamond has also been made even more effective because of his height at 7'4" which through a big man's perspective, can do just about everything from a center.

Budget gems included in the pack are the Diamond Danny Manning and also the Amethyst Eric Paschall which can play even above their gem level. If you have successfully gotten every card in the set, you'll be able to get the Galaxy Opal Karl-Anthony Towns, which is considered a dynamic as well as versatile big who can drain threes just like a guard.

What do the Leap Year Packs include?

Considered by some as the best in the bunch, this pack contains not only Galaxy Opal Michael Jordan card with almost max ratings across the board, this pack includes GO Derrick Rose as well as Vince Carter.

Pink Diamonds are considered almost as strong as Paul George that can play power forward as well as Rudy Gay. If you are searching for the right budget options and have some time to evolve a card, check out the Sapphire Nate Robins as well as the Amethyst Tom Chambers which could be very useful right at the top ends of their own Evo charts.

If you are able to collect every single card in the series, you will also get a GO Dwight Howard who can easily bomb from three-point ranges as well as defending and finishing at the rim just like a madman!