Boeing has recently agreed to repeat a test flight of its previous Starliner space capsule setting their ambitions to make a crewed space trip back putting SpaceX at the front of the race to return NASA's astronauts to space from the very soil of the United States. 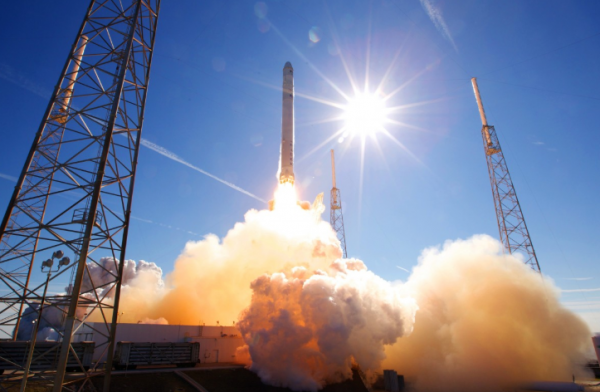 (Photo : Screenshot From Pxhere Official Website)
SpaceX Is Now First In Race to Bring NASA Astronauts To The International Space Station After Boeing Announces It Will Repeat Starliner Test

This announcement came after the previous flight last year that failed due to software glitches preventing the capsule from reaching the International Space Station. This repeat will happen most likely sometime in October or even November meaning that the company will probably not fly a mission with astronauts boarding any time this year.

While spaceX has finally scheduled to make their first ever crewed flight of its Dragon capsule next month, Boeing has to do tests once again of their Starliner. Boeing has previously said this year that it was taking a $410 million charge just to offset the cost of their Starliner's expensive proposition.

The Starliner spacecraft's test demonstration without a crew on board went bad quite shortly after its lift in Cape Canaveral back in December. Ever since then, NASA as well as Boeing have then revealed that they have been experiencing several problems which include the timing issue with the computer which was 11 hours off!

Since NASA's astronauts will be flown for the first time since the previous Space Shuttle was retired back in 2011, the importance of this launch is obvious. Boeing reported that they did not want to take any chances according to officials especially when the crisis it previously endured when two different 737 Max airplanes crashed down and killed 346 people.

Whose decision was it?

It is still unclear if the decision to refly the mission was made by either NASA or Boeing but it seems like NASA's influence on Boeing was the pushing factor. The move was then portrayed as Boeing's recommendation to NASA which was then approved.

A statement by the space agency expresses that it "has accepted the proposal to fly the mission again and will work side-by-side with Boeing to resume flight tests." If Boeing would have proceeded to propose a manned ship mission, NASA has noted that it "would have completed a detailed review and analysis of the proposal to determine the feasibility of the plan."

A little after The Post has published this story, Boeing has then confirmed that it would repeat the mission without the use of a crew which should allow them to properly evaluate the Starliner and not cost taxpayers to waste their money. "We will then proceed to the tremendous responsibility and privilege of flying astronauts to the International Space Station."

SpaceX and their condition to go to space

Last month, SpaceX has given an announcement regarding a problem which led up to the test of its spacecraft's parachute system. This capsule-shaped device was designed to simulate the weight and mass of a spacecraft but has become unstable as it was then being hoisted aloft by a certain helicopter.