After recently being fired by his sponsor, a certain NASCAR professional driver by the name of Bubba Wallace has decided to drive off again on Monday night with a brand new paintjob! As the coronavirus (COVID-19) has started to affect the whole world, most events had to be cancelled and these includes even racing events. 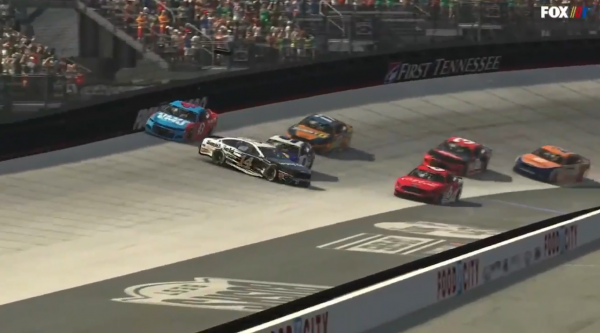 The cancellation of racing events

Now that real-life racing events have been canceled, professional drivers have decided to try out their talent through esports and without much surprise, the usual conflicts have also followed. The whole drama of racing seems to have gone off the field and into the virtual gaming world.

On Sunday during the well-known Food City Showdown from the Briston Motor Speedway in a certain race that was previously aired on Fox, Bobba Wallace as well as Clint Bowyer have gotten together on the 11th lap spinning Bowyer out resulting to putting Wallace's car in the very wall itself!

Wallace was extremely frustrated and proceeded to quit the race right on the spot which was not an entirely new response when it comes to real-life racing. Kyle Busch has also ended a race early sometime early last year during the starting playoffs and has addressed this matter in a Tweet saying "I ruined so many peoples day by quiting (sic)..a video game.. Bahaha. A video game. Damn quarantine life is rough."

The game versus real life

Even though this was just a game, even Wallace's real-life sponsor was still not amused at the withdrawal. In a Tweet by Wallaces' sponsors, they have addressed the question as to Wallace being fired by saying that "We're interested in drivers, not quitters."

Just tonight, Wallace has decided to participate in yet another race called the NBC eSports Track iRacing Challenge with his car wearing the United States Air Force recruiting colors which might be a reference as to who is behind Wallace now although it is not yet confirmed.

The world during this coronavirus

The coronavirus has started to take a toll on the lives of every single American by cancelling most of the events that people were looking forward to just like racing. Now that real-life racing events have been canceled, the only venue for racing events to happen is through virtual means which would mean that video gamers would have a bigger advantage than the NASCAR drivers themselves!