More than 600 people in Iran have just recently died while 3,000 are now in the hospital from drinking a highly-concentrated alcohol after a mistaken belief that it can actually cure coronavirus according to the Iranian judicial spokesperson Gholam Hossein Esmali's statement on Tuesday. 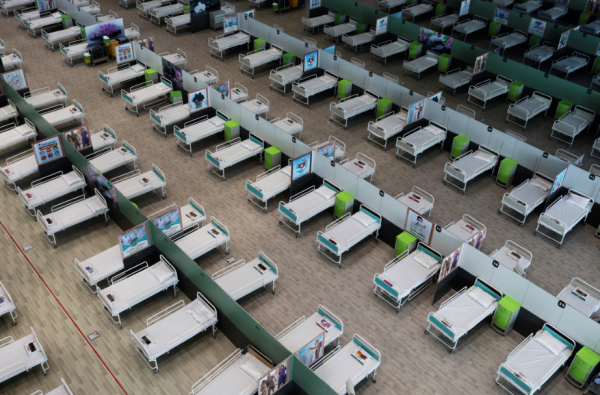 According to Esmali's statement on the state-run Tasnim News Agency, "A number of people have been arrested... and we will deal with them decisively." Saying that those who were circulating the rumor must be held accountable for these criminal acts and for causing the deaths and also damages to citizens.

The situation in Iran

Iran is the very site of the Middle East's worst coronavirus outbreak due to it having 62,589 confirmed cases of the virus as well as 3,872 deaths. So far, medics have not yet been able to identify a possible cure for this virus and have identified only a small number of drugs that may possibly help ease these symptoms.

There are at least 31 members of the Iranian parliament known as Majles, which has recently been shut since last February 25 have already contracted this disease. The state television footage foe the opening session shows some of the MPs huddling together despite strict guidelines on social distancing in order to stop the spread of the virus.

The parliament then debated and has eventually blocked an urgent bill to totally lock down the whole country for a month arguing that it would severely damage their economy. According to MP Shadmehr Kazemzadeh in a statement to the semi-official news agency known as ISNA, "This plan is against jobs and growing productivity. Who's going to pay for implementing it?"

The health ministry spokesman known as Kianoush Jahanpour has already reported 133 new coronavirus deaths saying that the overall fatalities have reached 3,872. In an attempt to stop the coronavirus, Iran has already ordered the closure of all non-essential businesses and has also imposed inter-city travel bans despite refraining from a lockdown.

The battle against this virus

The taskforce in charge of battling the virus said that only "low-risk" businesses would be permitted to reopen from Saturday, while observing the strict health protocols. The body has also stated that two-thirds of the public servants must still show up to work while the rest could work from home.

Newspapers and magazine publishers would also be permitted to resume their print editions from Saturday right after being barred for a whole week. The authorities have yet to define what low-risk businesses are.

The battle against coronavirus fake news

While the virus itself has been spread around the world, another battle has begun and this is the battle against fake news. The 600 citizens who have died due to misinformation show just how severe the effects of fake information could be!

The World Health Organization has not yet released an official cure which is why certain drugs should still be taken with caution.