Scientists Find Living In Space Makes Your Brain Bigger And That's Permanent; What Other Effects Could It Have On The Human Body? 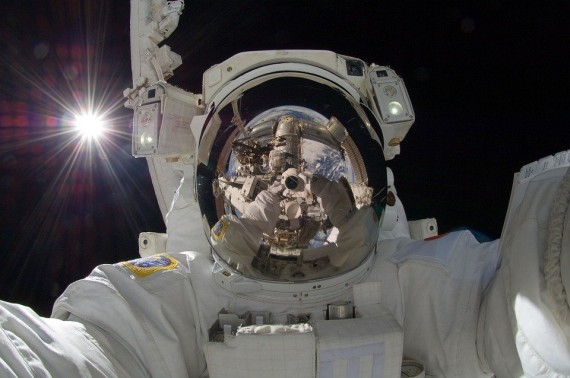 A recent study by scientists has revealed that staying for a prolonged period in space causes a permanent increase in the size of your brain. The study was published in the journal Radiology and brought news that these changes are caused by larger brain volume and irregularities within the pituitary gland. The gland is located at the base of the skull and is a minute structure in charge of managing the bodily functions of several different organs.

A group of eleven astronauts volunteered for the research, where they were checked before and after long-term spaceflight missions. The participants were given MRI scans before their flights to the International Space Station (ISS), one day after they returned, and several more over the next year on Earth.

Five out of the eleven astronauts had already gone to space before, while the rest were first-timers-their average time spent in space came to an average of 171 days.

The initial results of the study

The results of the medical scans revealed the brains and cerebrospinal fluid volumes expanded by about 2 percent. The fluids are used by the body to enrich and protect the brain. They are most commonly housed in and around the spinal cord and inside cavities of the brain.

After a year has passed from the initial results, the sizes of the brains remained intact, suggesting these changes are permanent.

The unusual event is similar to patients exhibiting hydrocephalus, which include symptoms of dementia, trouble with walking, or bladder control problems.

Long-before the start of this research, several astronauts who have been on long-term space missions have expressed their struggle with the neuro-ocular syndrome.

Change in the environment causes change

The sudden upward shift of blood caused by zero gravity causes increased pressure in the head area of the astronauts. The event has resulted in vision problems in more than half of the spacemen who have worked and lived on the spacecraft for extended periods.

Upon returning home, the astronauts receive medical check-ups that show swelling of the optic nerve, as well as bleeding and appearance of fluffy white patches along the retina.

It was also observed in the astronauts a reverse blood flow and several blood clots while residing on the ISS. The observations coincide with the recent study as six of the volunteers developed symptoms of deformities on the pituitary gland, most likely caused by heightened intracranial pressure.

NASA is eager to find more about the actual effects of extended space travel has on the human body. It currently employs six-month long missions that would give way to much longer durations. These include NASA's Artemis program that will supposedly bring humans back on the moon by 2024.

The space agency is likely to dream big if all its endeavors return fruitful, as they plan on undertaking the massive task of sending astronauts to Mars.

The involved scientists and researchers of this study admitted that their sample size of astronauts is small, and they will more likely than not conduct more extensive research to find further data regarding what living in space does to our bodies.

A post on Linkedin by a certain Janelisse Morales Gonzalez revealed the story of a young dreamer who did not give up no matter what, even being bullied by her own professor. The post was uploaded on June 2 and has quickly generated thousands of views.