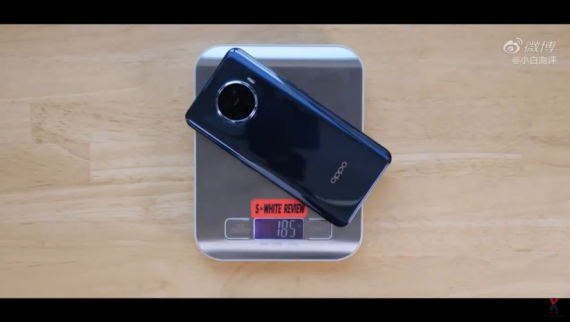 The new Oppo Ace 2 has recently broken records by now becoming the world's fastest wireless charging smartphone. The Ace 2 actually comes with an AMOLED display type having a screen size of just 6.5inches. The smartphone is also using a Corning Gorilla Glass v5 as well as a pixel density 405 PPI. This Ace 2 has its screen resolution at 1080x2400 pixels maximum.

This smartphone has an installed Qualcomm Snapdragon 865 Chipset along with an Octa-core processor able to function with 8GB RAM. This Oppo Ace 2 actually has an internal memory of 128GB but the storage is sadly not expandable.

The smartphone uses the more recent Li-ion 4000mAh battery along with its famous option of wireless charging that does the job extremely quick. Furthermore, the Ace 2 also has a 48+8+2+2 megapixel camera and can digitally zoom up to 10x!

The image resolution for this smartphone runs at 8000x6000 pixels which is very impressive for a screen of just 6.5inches. This phone uses a 16MP wide-angle camera as its primary camera which also contains an Optical Image Stabilization feature.

The variations of this product

The customers will be able to pick from three different color phone options in the Ace 2 namely the Aurora Silver, the Fantasy Purple, and also the Mon Rock Grey. These three colors are extremely distinctive and add to the charm of this phone.

To own the world's fastest wireless charging smartphone, you would have to pay the price of $599 which is equivalent to 3,999 yuan over in China. The smartphone is said to release in India later on in July while the schedule for its release to the United States is still scheduled for next year.

The Oppo has just recently broken all existing records of the world's fastest wireless charging smartphone. This record is currently being held by Oppo's very own Ace 2 which only takes 30 minutes to charge! The 30 minute charging time is a revolutionary achievement in the world of smartphones especially when it comes to wireless charging.

The phone's speed is at 65W SuperVOOC 2.0 wireless fast charging and to date, no other smartphone has been able to achieve this fast charging speed. Oppo also says that its Ace 2 is the company's benchmark smartphone for 2020 for other competitors around the market.

This upcoming tech revolution sets the bar at a whole different level as competitors will now have to try their best and beat what Oppo has just recently achieved. This innovation could spark a new wave of smartphones all using this technology and that would significantly cut everyone's charging time by quite a lot!

Imagine being able to charge your phone in just 30 minutes! This is what Oppo has just recently achieved and although it has not yet hit the United States market, it is good to know that a certain phone with that ability already exists.

Read Also: The iPhone SE 2 Might Not Be as Good as You Think: Here's Why

Leaked images of the long-awaited AirPower from Apple has shown that is is still being worked on and it hasn't been scrapped.