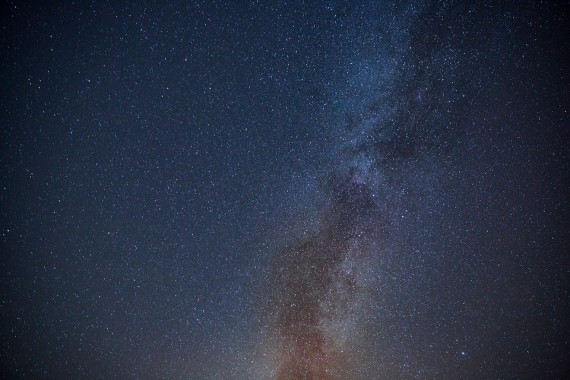 Social media was flooded with posts from Mancunians who were mystified with unidentified lights dancing around in the sky.

Some residents stared with bewilderment while some expressed their concern, stating the lights were seemingly 'unnatural'---which is correct.

The seemingly extraterrestrial visuals were the latest launch of SpaceX's Starlink Satellites with its CEO Elon Musk.

The satellites have been launched several times by SpaceX since May of last year as the company gets clearance to launch 12,000 spacecraft. The constellations are set to be increased further.

Starlink satellites cause a brief surprise for residents

Facebook users who reside in Great Manchester shared mixed emotions with regards to the display of lights.

One Carmen Speakman posted she watched it with her kids, and they thought it was terrific. Another user, Andy Flanagan, counted what she saw and found 42 of them one after another.

Some users didn't share the excitement, as they expressed their thoughts of the' constellation' as 'eerie.'

As the purpose of the endeavor continues to be developed, it currently aims to provide global and more accessible internet service.

The company has been approved to launch 12,000 satellites by the US Federal Communications Commission (FCC) as part of the task, and it could quickly rise to 30,000.

Ways for you to monitor the satellites

The Starlink satellites will reportedly brighten the night sky over the United Kingdom until April 24, stated by findstarlink.com. The site also features a system where you can find out what dates the satellites will be visible from where you are. You input your location, and the site will show you exactly when to keep your eyes out to spot the light show.

There is also a Starlink app provided that can help you track the whereabouts of the spacecraft. It automatically calculates the time the spacecraft group is expected to be most visible above your area.

You select the number of the satellite you wish to track, and the app will do the hard work for you and show the available times you should look out for.

The information the app shows you consists of the start and end time of the sighting, how long it will last, the directions they will be going at, and several other nifty things to know. And if you wish to avoid missing out on the event, it also features a 'remind me' set up to notify you when the satellites are about to hover overhead.

The endeavor by Musk was set out to have a system of satellites hovering in low-orbit to provide an interconnected and seamless broadband internet service. The task would become a globally accessible and efficient internet provider.

SpaceX has been consistently launching their spacecraft into space to aid in completing the task, and several more are planned to be conducted this year. Some of the older generations of Starlink, however, have been decommissioned due to technical issues and will be replaced by future satellites.