Mash the Doggo Gets a Disastrous Haircut at Home! #QuarantineHaircut #Doggo 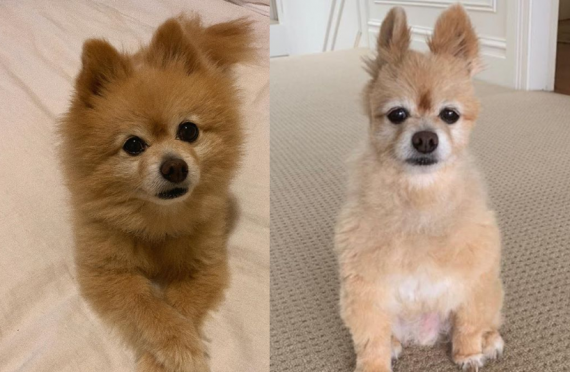 A certain dog owner has recently brightened up the day of thousands of people around the internet because of her disastrous attempt to cut the hair of her own Pomeranian's fluffy coat! The hilarious outcome can be seen on her profile on Instagram and is still cracking up a huge majority of dog owners and dog lovers after seeing the before and after results!

This specific Sydney jewelry designer named Hermione Underwood has recently decided to trim her pup Mash's hair right now that groomers and other non-essential services are closed all across the country ever since March 23. A strict social distancing law was previously employed in order to slow down the spread of the deadly pandemic that has already claimed numerous lives of people from all around the globe.

The pandemic has most obviously caused a halt to most functioning businesses leaving people with no choice but to perform certain tasks indoors just like cutting their own hair or even grooming their own pets. The hilarious before and after photos show a pet owner who has attempted to give her dog a simple trim that ended up with hilarious results.

Keen to keep her own 'fur baby' looking his very best, Ms. Underwood, who is also a close friend of the Australian model Lara Bingle, decided to take matters into her own hands. Although she did this with good intentions, it is fair enough to say that things did not at all go as she initially planned.

Ms. Underwood shared two photos on Instagram of her 13-year-old Pomeranian before and after his hair got cut, telling other dog owners to follow the example of Mash and wait for the proper professionals before attempting to groom their own dogs.

View this post on Instagram
Take it from @bossmash and wait until the professionals are back ️ A post shared by HERMIONE OLIVIA. (@hermioneolivia) on Apr 13, 2020 at 3:54am PDT

Ms. Underwood said that she first saw a few videos on YouTube and told herself that cutting her dog's hair "can't be too hard" which then prompted her to attempt to cut her dog's hair. This Australian woman actually chopped off a lot of her pooch's dear coat in quite a dramatic fashion a few years before that her vet actually asked if her pet was seriously ill.

Mash has become quite the celebrity overnight with his new botched hairstyle catching the attention of a lot of folks who are staying at home amidst the pandemic. This cute sight has been a source of entertainment for most people and has also discouraged others from attempting to cut their own dogs hair as well.

Most dog owners who have seen the photos are now laughing at the sight of poor Mash and it is quite safe to say that because of Ms. Underwood's warning, most of them have also decided to wait for professional help instead of trying to groom their dog themselves. Grooming can be an important part of owning a dog which is why Ms. Underwood attempted to take matters into her own hands ending up with hilarious results.