Tennis Player Novak Djokovic Says "I Am Opposed to Vaccination": This Could be the Greatest Mistake of His Tennis Career Amidst Pandemic 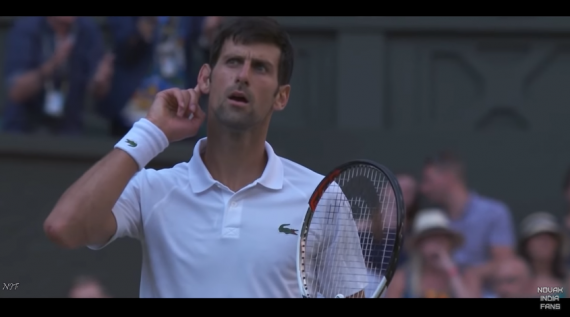 Tennis Player Novak Djokovic Sayes "I Am Opposed to Vaccination": This Could be the Greatest Mistake of His Tennis Career Amidst Pandemic (Photo : Screenshot From Novak India Fans YouTube Channel)

The world's number 1 tennis player known as Novak Djokovic has expressed his opposition to vaccines which could possibly result to a roadblock in his return to tennis once everything resumes after the current pandemic. A certain push is growing for all of the players to be vaccinated once tennis starts again, provided the vaccine is already produced that time.

The former world number 1 Amelie Mauresmo has said last month that tennis should definitely not resume unless all players can be vaccinated if a vaccine is finally developed at all.

According to Djokovic in a live Facebook chat with a number of his fellow Serbian athletes on Sunday, "Personally I am opposed to vaccination and I wouldn't want to be forced by someone to take a vaccine in order to be able to travel," continuing by saying that if it becomes compulsory, he will then have to make a specific decision.

Djokovic also mentioned that he already has his personal thoughts with regards to the matter and whether or not those thoughts could change at some point is still unknown saying that hypothetically, if ever the season does resume this coming July to September, although unlikely, the player understands that getting a vaccine will become a requirement straight after people are out of the strict quarantine and "there is no vaccine yet."

The reaction to his comments

As a dual grand slam winner, Mauresmo tweeted last month that all international circuit players of every nationality including the management, spectators, and even people coming from all four corners of the world who bring these kinds of events to life will be met with a "No vaccine = no tennis" policy.

The tennis world has been one of the many other sports that has been thrown into disarray due to the pandemic along with basketball and every other type of sport except virtual ones. The governing bodies of tennis have all decided to suspend every single tournament until July 13, so far.

Wimbledon has been cancelled for the very first time ever since World War II and the French Open has even been put back four months until the late September.

Tennis and the other sports

Tennis along with other sports have been cancelled due to the growing concern of the coronavirus and most professional players are left with nothing to do than to stay at home and spend more time with their families or even contacting their friends online.

The only means to communicate to other people as of the moment is through virtual means and although this is still a good thing, it is still not the same as athletes getting together over sports. Tennis has always been a well-respected sport which is why the priority of the players' and the audiences' safety are top priority as of the moment.