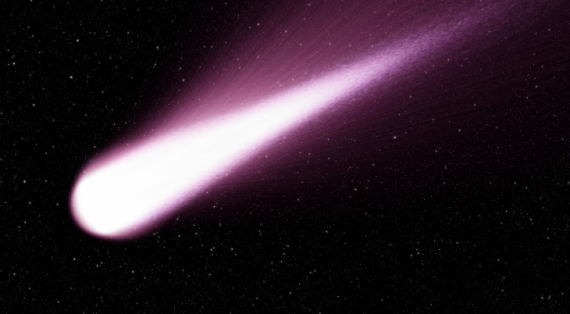 Scientists Have Found Something Interesting About the 21/Borisov Interstellar Comet: How Is It Different? (Photo : Screenshot From Pxhere Official Website)

Back in 2019, certain astronomers were able to make a rather incredible discovery: a comet that was from a different star system as it was making a close approach to the Sun itself at a very unusual trajectory. This specific comet was then named "21/Borisov" later on after the amateur astronomer who was able to discover it.

The observations have suggested that its home star system could actually resemble that of our own. NASA scientists have already suggested that the certain object may even hold water. Now, a more recent study has been made by an international team of researchers that were led by NASA and they have revealed that there was something highly unusual.

The team was able to find gas that was emanating from the comet itself and was containing unusually high amounts of carbon monoxide. It was estimated that the carbon monoxide found was about 26 times higher compared to your usual comet.

The findings of this specific interstellar comet

According to an astrochemist at the NASA Goddard Space Flight Center and also the lead author of the study that was published in the journal Nature Astronomy, Martin Cordiner, it was the very first time that they were able to look inside a certain comet that was from outside of our solar system and the findings were dramatically different from most known comets.

The planetary scientist of the NASA Goddard Space Flight Center and also the co-author of the study, Stefanie Milam, said that the comet must have actually formed from material that was very rich in CO ice, which is interestingly only present at the lowest temperatures that are found in space. These temperatures are about -420 degrees Fahrenheit (-250 degrees Celsius)."

Read Also: [NASA Reports] Moon, Jupiter, Saturn, and Mars to Reach Near Alignment with Lyrid Meteor Shower on The Way: Here's How to Catch it

The findings pertaining the gas

The team believes that the presence of abundant gas could actually tell more about the comet's home. Cordiner even said that if these gases were properly observed and found to reflect the composition of 21/Borisov's own birthplace, then it could possibly show that it may have in fact formed in a different way compared to our solar system comets, in possibly an extremely cold, outer region of a far planetary system.

Scientists have also suggested that the 21/Borisov could have even spent maybe billions of years traveling through different extremely cold interstellar space right after being yeeted out of its own host system as it came quite close to a passing star.

Although this information is exciting, scientists are still unable to pinpoint what its home system looks like. Milam said that the 21/Borisov actually gave us the very first glimpse into a particular chemistry that shaped a whole other planetary system.

The scientists have also stated that the discovery is quite significant as it has pointed out that 21/Borisov actually has unusually high levels of CO.

[Video] Watch the' Actual' Video of a Soyuz Capsule Dock with the ISS: Was it Edited?

A video has been uploaded to Twitter showing the "actual" video of a Soyuz capsule docking on the ISS. Was this edited?

New Discovery: Mars Might Not be the Only Planet Aside from Earth that's Habitable, How About Jupiter's Moon?

Scientists have recently discovered that Mars might not be the only planet that is habitable. What about Jupiter's moon?

imagine when a couple of astronomers discover fast radio bursts (FRBs) that would blow their minds forever.