Monster Hunter World: Iceborne Developers Give Their Fans A Suitable Challenge And All-New Arsenal To Take Down The Massive Kulve Taroth 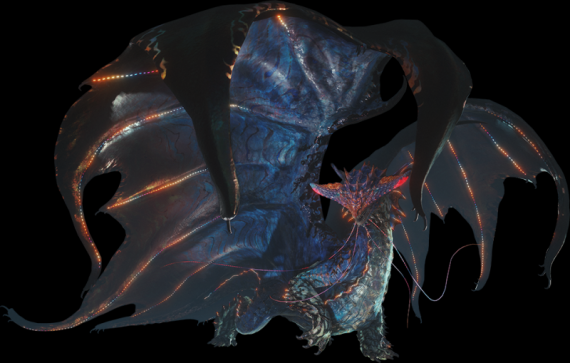 The global hit Monster Hunter World: Iceborne has been out for a while now, but the community is still buzzing, especially with all the updates and new monsters that Capcom brings to the fray. With the latest one, though, hunters may have gotten something that'll give them a harder time than usual. The full version 13.50 update notes reveal several more monsters.

To support hunters in their hunt for the monstrous golden dragon, Appraisal weapons will be made easier to acquire from its quest, a much-needed buff from previous circumstances.

Old Incandescent Weapons can produce weapons of a higher rarity much easier compared to before. Two new charms will also be added with the update; Attack Charm V and Evasion Charm V, to give players that edge to successfully fell the beast.

The update also brings something new to the home base, away from all the ferocious monsters that roam the land. A new function to the Elder Melder has been added where you can create your Appraisal Weapons along with the ability to upgrade them to more powerful versions at the smithy.

A small quality of life change is the increase in the number of equipment that can be used as a layered set/s. Along with all these goodies are awesome pendants that are new, of which two are free; the Golden Kulve Pendant, and the Arch-Tempered Namielle Shard. And a simple but useful 'Obtained Item Placement' option has been added into the options menu.

Monster Hunter World: Iceborne is the expansion sequel to the original worldwide phenomenon that is Monster Hunter World. With the next title in the series, Capcom added a wide array of new areas, monsters, and mechanics to catch even the most experienced of hunters off-guard.

You take on the role of a hunter in a region that is filled with monstrous creatures while aiding the Research Commission to learn more about these massive beings. The mystery begins when a flock of Legiana, gigantic winged creatures, were spotted fleeing from an area called the Ancient Forest. Sensing a dastard event, the commission enlists the Third Fleet's airship to figure out what exactly happened.

The mystery was just the first step, though, as what they found beyond the seas was a vast new land, ultimately frozen and buried in ice. The commission ventures out into this new world they called 'Hoarfrost Reach.' With none of the areas being documented previously, every new step brings perils and unforeseen dangers.

Along with the new lands comes all-new creatures ready to be discovered, join forces with old and new allies to learn all that you can from this frozen wasteland, and set yourself apart from the rest.