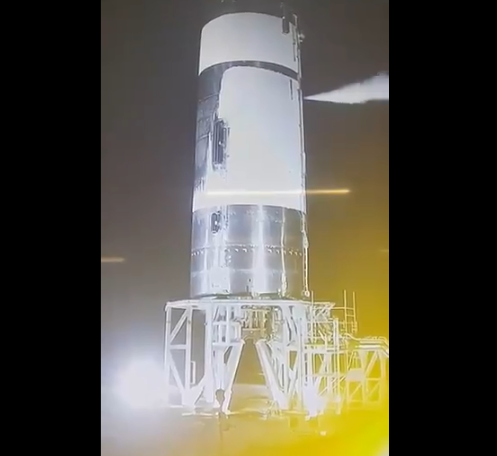 After this test, SpaceX will then be able to move towards a static fire, and the eventually be able to launch to 150 meters. The SN4 follows the previous Mk1, SN1, and also the SN3 full-scale Starships prototypes which all previously failed the cryogenic proof test. Elon Musk has been able to find some success with NASA and this could be a good addition.

How to become cryogenic proof

In order to become cryogenic proof, the Starship needs to be filled with liquid nitrogen in order to verify that its tank can take extreme flight pressures. Up until Sunday, the only prototype that was able to pass the cryogenic proof testing was only the SN2 but the SN2 was only a partially assembled tank in comparison to the SN4 full-scale vehicle.

The SN4 had finally passed the cryogenic proof test with an astonishing 4.9 but according to SpaceX's CEO Elon Musk's tweet, the numbers were "kind of a soft ball..." but at least it was "enough to fly," he added. The SN4 is currently expected to move towards engine testing in the next few days.

The upcoming tests that the SN4 needs to face

SpaceX currently has three different flight-ready Raptor engines that are all waiting for the opportunity to participate in the upcoming testing and one of these engines will eventually be installed on the SN4.

After the SpaceX has loaded up the Raptor onto the SN4, the teams will then have to conduct some checkouts of the engine's own vehicle.

These checks include the ignitor, gimbal, and even fuel pre-burner tests. When all of these checks have been done and everything is secured, SpaceX will then be ready to attempt a certain static fire. The original plan for the static fire test was on April 29, but because of a one day delay with the recent cryogenic proof test, the static fire test will most likely happen no earlier than April 30.

Read Also: "Crime Against Humanity" Elon Musk's SpaceX has been met with Heat from Astronomers for the Brightness Problem their Starlinks have caused

just like the other static fire attempts with SpaceX's previous Starhopper which is a much smaller vehicle, the test might take a few tries until SpaceX is able to successfully execute the perfect static fire test. If everything goes well with the static fire test, SpaceX may then be able to proceed to a small launch hop of the Starship SN4 prototype.

Before the failed SN3, SpaceX had initially planned a small hop of around 150 meters. The company might try doing this if the SN4 passes the static fire test. NASA is very particular with their rockets which is why the SN4 has to pass these tests in order to proceed.

It's a big day for SpaceX and Elon Musk takes it to twitter to express his happiness. The future of the Starsship SN4 could be looking bright after passing the cryo proof test.