Xiaomi-backed AmazFit X That Comes With 92-Degree Curve is Now Available on Indiegogo: Find Out Features and Specs Here 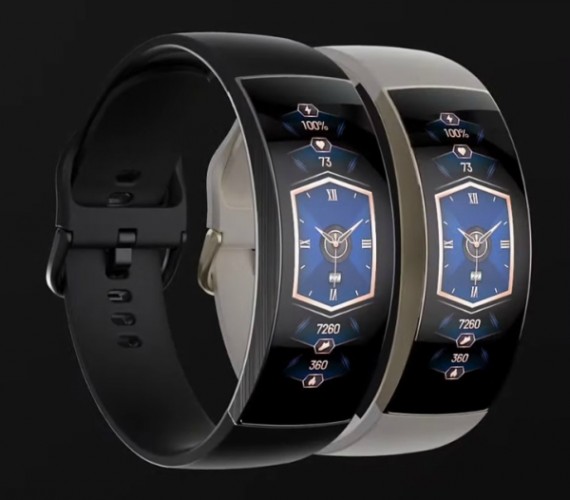 If you're finding it hard always to have to be bringing your smartphone whenever you go outside, then maybe its time to change things up with the all-new AmazFit X by Huami. This sleek-looking smartwatch is designed to be visually similar to a wristband with the uses of a smartwatch.

A fantastic look for a casual device

Being a curved smartwatch, the Xiaomi-back device is not the first to delve into that department, as Samsung has previously launched theirs in the early days, nor is it a flexible smartwatch similar to the Nubia Alpha. What it does have, however, is an amazingly innovative 92-degree curve that was designed to be a better fit for your wrist.

The screen was also designed to be larger than currently available smartwatches by being longer, albeit with a smaller width. It can display more content without scrolling but may potentially suffer from less content fitted onto the screen at any given time.

The AmazFit X also features a buttonless display by utilizing a touch-sensitive surface on the sides of its metal frame. The smartwatch is decked out with all the necessary features but lacks in new, and modern features such as NFC, or a standalone LTE connection.

The creators of the AmazFit X are taking an unconventional approach by putting the product on sale on Indiegogo, which defeats the purpose of the crowdfunding platform.

They've put the AmazFit X with an early bird discount that benefits those who are already looking to buy a smartwatch they can quickly bring around with little to no hassle. This comes at a steep price, as the product is a standalone device that is incompatible with major smartwatch platforms and applications that are currently available today.

Humble beginnings to a massive fanbase

Smartwatches have been around for a while now, and they've been trying desperately to figure out and deliver exactly what consumers want from them.

When people first started talking about bringing smartphones to their wrist devices, a lot of people wanted it to be as futuristic as it can be.

Smartwatches started with humble beginnings as being home to a small-sized television set you can watch on whenever you're on the go, the Seiko TV Watch from 1982 is undoubtedly one of the most crucial ancestors of smartwatches of today.

Soon after, computer-based watches began to make their way onto the stage, with Seiko's RC and UC series being the first to materialize the idea. The innovations were capable of connecting to personal computers of the time, the Apple II, and the Commodore 64, and several others utilizing hardware connection.

The devices were far superior to the technology at the time and were made to be programmable, even though very limited.

There was an ample rest with the release of new smartwatches that lasted until the early 1990s, which started to show resemblance to what we have today. Improvements upon improvements and new features and technologies have made smartwatches evolve in a stellar rate compared to most devices in the industry, and it can be said that they're only going to keep getting better.

Tune in For more news about AmazFit X!

Read Also: Chimera is Google's New Contender In Simplifying Game Development By Reducing The Amount Of Work For Any Needed Process

A flexible solar cell was created by an international team they say could power the future generation of wearable technology. The device would be less than a tenth the width of a human hair and can also be bent.