Cable TV vs Streaming - Who Will Win? 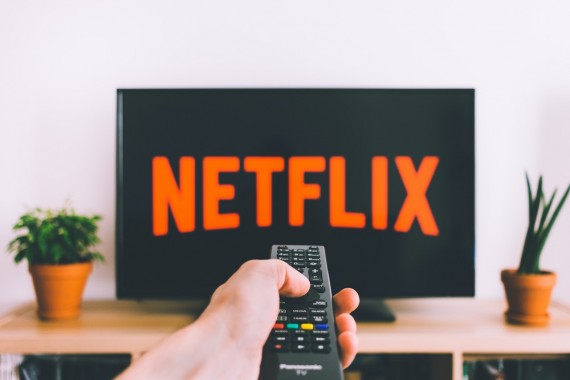 (Photo : Cable TV vs Streaming - Who Will Win?)

Streaming services are in a constant battle with each other and much of the pain is due to the networks. There are many streaming services and consumers have to pay separately for each one if they want to access all of the content available. On top of that, your favorite show might be on a platform you subscribe to today and switch to a streaming service you don't have tomorrow.

Due to the added cost of subscribing to multiple platforms and having to deal with what the networks are doing to your favorite shows, the current winner of the TV war is cable. Cable TV is still less popular than it has ever been, but the number of people cutting the cord is starting to slow down. Cable TV companies like Spectrum, are offering more television channels and movies in one place than any of the streaming services.

However, many users are still looking to switch things up, and they're wondering which service to choose. In order to successfully use one of the streaming services, the user needs to have a reliable and affordable high speed internet service provider.

Streamingsites offering the best streaming websites and not only Anime. It is the platform where you can also search for the best Anime shows.

The site shows you more than 30 Anime streaming options to choose from. The list gets frequent updates, and you will also find reviews of those sites. I found this site when I was searching for more apps like Netflix to enjoy Anime and TV shows that are rocking the world of Instagram memes.

The age of streaming started with three main contenders: Hulu, Netflix and Amazon. Hulu won many people over because it shows current seasons of TV shows with new episodes available the day after they air. These days, Hulu isn't the only platform to offer this service. NBC's Peacock and CBS All Access are similar.

Hulu does have other advantages, including combination subscriptions with HBO and Disney+. Users can now subscribe to Hulu and other platforms all within one app. Hulu is also known for some of its award-winning originals like The Handmaid's Tale.

Netflix is the original streaming service and currently has subscription numbers in the high millions. The platform is suffering from a recent slowdown of new subscribers, but they are pumping out more new shows and originals than ever, which is retaining their current customers. Netflix is investing more in its content than in forcefully growing the subscriber base. The platform is making a long-term home in the streaming world for itself with originals like Stranger Things and Tiger King.

Netflix, which first started as a DVD-by-mail service, branched out into streaming early on and has brought countless hours of entertainment to households around the world. While the numbers are down, the streaming giant isn't worried because they are backed by their years of service and their significant lineup of quality content.

Another of the original three, Prime Video, is directly tied to the Amazon Prime service. Access to Prime Video is a part of your Amazon Prime subscription and includes hundreds of shows, including juggernaut originals like The Marvelous Mrs. Maisel.

Amazon services are a part of most people's day-to-day activities, whether that is from ordering goods at Amazon.com, streaming music with Amazon Music Unlimited, or watching new shows on their Amazon Firestick. The company has made their services hard for people to cut.

Cable is the number one competitor for streaming platforms, especially when it comes to sports. Many streaming channels don't offer sports channels. Or, if they do, it is a very limited selection. Currently, there is no streaming service that offers a wide range of live sports that can compete with cable.

Cable TV holds most of the rights to broadcast large sporting events in the US, including many NFL games. Sports leagues are currently not interested in giving access to streaming services.

Cable is seeing a decline in the number of users, but it is still one of the most popular choices for watching your favorite shows. Many people are not ready to cut the cord and are choosing to stick with cable, which puts a strain on the TV war between platforms.

Searching more Anime shows and enjoying the Japanese art of animation could never be enough for Anime fans. Looking for a perfect site that offers high quality free or premium Anime could take a lot of time. Streamingsites is where your search for best Anime streaming sites ends.