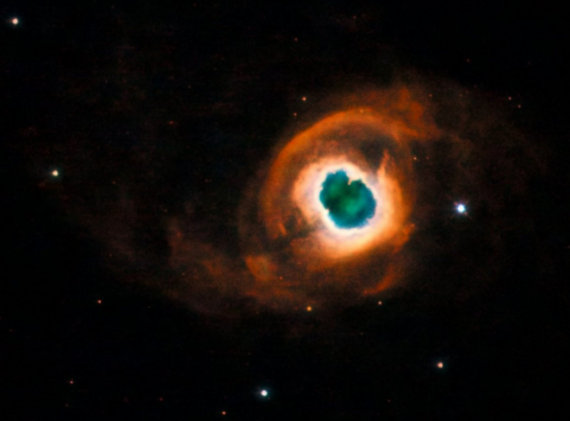 Recent Video Shows How Planets are Formed by Discs of Gas and Dust Rotating Around a Young Star: Space and Astronomy Answers (Photo : Screenshot From Pxhere Official Website)

Recently, a compilation of images has finally brought a full video version of planet-forming discs that were seen rotating around a young star! These astounding pictures captured by the astronomers could divulge clues to the origins of certain Earth-like worlds!

An entire team of international astronomers used the Europe Southern Observatory's Very Large Telescope located in Chile in order for them to take 15 amazing images of the inner rims of these planetary discs.

Within the images, astronomers were able to find "bright spots", which were hinting the process that eventually leads to the formation of planets! The proplanetary discs are actually formed together with the star that they surround. Dust grains within the disc then start to merge together in order to produce these Earth-like planets.

Four telescopes were used to capture these images. The images show details of creation in even more detail than what has been imaged in the past. The team also made use of a certain mathematical model in order to reconstruct certain parts of the disc.

To capture the images, which show the details of creation in more detail than has been imaged before, the astronomers combined light from four telescopes. This is the exact technique used to first make a visual of the black hole.

The planetary system and the wonders of space

According to lead author Jacques Klusta from the KU Leuven located in Belgium, they had to remove the light of the star since it was a hindrance for them to properly see the disks. In order to understand how planetary systems like our own take shape, it is essential to study their origins, just like these discs.

The more dust grains gather in the disk, the more they grow together which then leads to the formation of these planetary systems.

Most rocky planets just like Earth are believed to have formed in the most inner regions of these proplanetary disks, less than about five astronomical units from the star in which the disk has formed.

Before this recent study, there were already several pictures taken of these disks that had been captured with the largest single-mirrored telescope. Telling the difference between the details at the scale of these orbits of rocky planets just like Earth or even those giant gas planets like Jupiter is just like seeing a human being on the Moon.

Read Also: NASA Aims to Use "Nanocardboard" Paper Planes to Collect Evidence of Life on Mars! Will This Sandwich Structure Succeed?

The team of astronomers

The team has already stated that they plan to carry out more research in order to properly identify what might be behind these irregularities that were found within the disc. After this, they want to study and observe just how planets are born.

Kluska is currently leading a team that has already started to study 11 different disks around other, older types of stars that are also surrounded by disks of dust, since this may be the answer to the mysterious question, "how are planets born?"

The findings were published in the Astronomy & Astrophysics journal under the name "a family portrait of disk inner rims around Herbig Ae/Be stars."

See in this video how this black hole deceived astronomers by hiding in the orbit of one star that's part of a twin in just yet another astronomy breakthrough!

Elon Musk's SpaceX Hopes To Work With Astronomers For Space Observatories After Starlink Satellites Block Space Observations; This And More On The CEO's Recent Controversies

Solving his own problems, Elon Musk to work with experts to provide a space-based observatory to avoid the blockage caused by his Starlink satellites