Airbus' 'Smell Cameras' Can Sniff Out Coronavirus Cariers: Here's How it Works 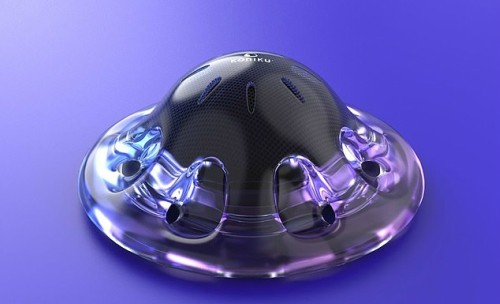 With the recent travel ban due to the coronavirus infection spreading throughout the world, Airlines have had to ground their fleets and layoff several of their staff due to a halt in their revenue.

Airbus, a prominent forefront in the aviation industry, is taking things in a different direction to combat the recession by going head to head with the reason the decline happened in the first place, COVID-19.

Smell the virus in the air

The company is working on a device that could very well 'sniff' out any person that is a host of the virus. These ultra-sensitive devices began development in 2017 to detect explosives.

The cameras work based on microprocessors that consist of biological cells that can identify certain chemicals or microbes present in their surroundings.

The technology is similar to that used in detecting cancer and influenza, which is soon to be able to identify the recent virus that has caused the worldwide pandemic.

The researchers behind the project are already hopeful as promising results are showing early signs of progress as they tinker the cameras to be able to adapt to a different purpose.

The development is a collaboration between the large aviation company Airbus and California-based Koniku due to how the initial start-up focuses on neurotechnology.

The adaptation of the device is quite simple in theory. It focuses upon the original goal of the camera of detecting particles in the air that are found to be on explosives. Still, now, they tweak it to detect particles released by humans.

The particles will then be the activator for the cameras to notify whoever is monitoring them that there is that particular property found in the air.

A partner for a cause

Found and CEO of Koniku, Osh Agabi, blogged that the cooperation between the two companies has been in effect since the beginning of the project that was designed to detect, track, and locate specific chemicals found in explosives on board an aircraft or within the area of an airport.

Agabi also said that he and his team, along with their friend Airbus, have now started adapting the technology to include the foreign particles that are caused by the coronavirus pandemic. Recent results of testing have shown encouraging data regarding the accuracy and sensitivity of the device, and the two companies are hopeful of the development.

The Airbus company has explained that the device would use its receptors in its sensors to sound an alarm upon the detection of specific molecular organisms in the air.

The camera is contactless and is developed to be more efficient and more effective than current canines used in sniffing out explosives.

The first devices that could detect explosives are reportedly set to be tested later this year within screening areas of airports. Once thriving, they can then continue to test the cameras onboard aircraft themselves.

Julien Touzeau of Airbus said that the camera's response time is rapid at under ten seconds upon detection if conditions are right. He also stated the hope that this technology brings in fighting off the massive spread of the infection.