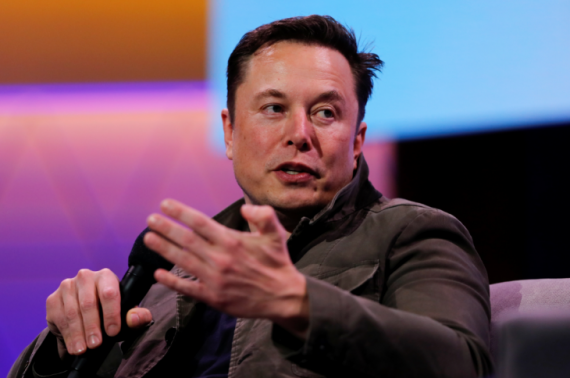 A recent survey that included exactly 511 American Christians to compose what the participants believed to be how God looks like yielded interesting results. The findings were first published on Gizmodo that pointed out that the "face of a God" looked very similar to Elon Musk himself!

The psychologists that conducted this study are from the University of North Carolina-Chapel Hill. The study pursued as the psychologists would ask participants to look at hundreds of random face pairs and pick one from each segment to show how they believed God looked like.

The segments with the most votes were then put together in hopes of composing the face of what Christians believed created the heavens and earth or God himself!

The results had an uncanny resemblance with Elon Musk the creator and showed a very modern man that was clean-shaved and even youthful-looking instead of the popular man with long hair, a beard, and clouds.

The results of the study

The article also begs the question that if there was a creation of a composite image of the faces of the 511 participants that were involved, would the result be similar or roughly the same?

The explanation for these results

In addition, the professor added that the beliefs and traits of certain individuals are usually projected to others and the study of finding out what God's face looks like is no exception at all. People genuinely believe that God is there not just to look like them, but also to think like them.

The result that is supposed to come up with the "face of God" is a result of humanity's own reflection compared to the evidence that Elon Musk, the successful marketer and entrepreneur, is the actual face of the all-powerful creator responsible for making the heavens and the earth.

The article by Forbes also states that if Musk were really believed to be God, he would have been able to hit his very own timelines and even produce all of those back-ordered Tesla Model 3 units with just a snap of his finger.