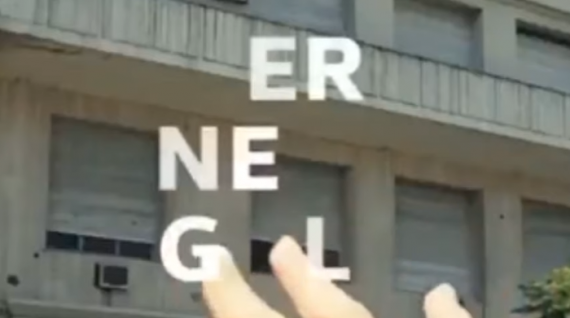 Volkswagen has recently pulled out its Golf car advertisement that was posted on the company's official Instagram page after the company admitted that the ad was racist and insulting along with promises that it would launch an investigation on how it came about.

This particular car company has already been under much scrutiny resulting in a tarnished reputation in the last five years after previously admitting that they cheated the diesel emissions test. The company claims that they do not, in no way, tolerate any particular form of racism.

The recent advertisement actually featured a woman who is seen to have large, pale-skinned hands that somehow push and flick a certain black gentleman away from a new shiny new, yellow Golf car that was parked on the street.

The particular man was flicked into a certain cafe called the "Petit Colon", a name that actually comes with colonial overtones. Playing in the background is some sort of jaunty music, along with certain sound effects that are similar to those of a computer game.

The German television itself has noted that the hand could possibly be interpreted as making the "white power" gesture, while the brief letters that actually appear on the screen afterward quickly spell out a particular German racist slur.

An individual named Juergen Stackmann, who is the VW brand's very own board member for both the sales and marketing along with a certain head of diversity management named Elke Heitmueller both apologized to the public.

They stated that they understand the public outrage regarding their antics but they as well were horrified. According to them, the video actually insulted all of their achievements regarding the civil rights movement. They wrote, "it is an insult to every decent person."

Both of them tried to explain that the people within the company are very much aware of the certain historical origins along with the guilt of their company during the previous Nazi regime. They then explained that that reason is enough for them to oppose every form of hatred, slander/propaganda, and even discrimination.

Although the official ad has been removed by Volkswagen's official team, the ad still exists around many social media platforms sparking outrage amongst those who were able to see the evidence of racism.

There have also been certain reaction videos on YouTube of people sharing their opinions pertaining to the racist ad. People online have started to dig up the company's Nazi roots saying that the original propaganda still exists.

One thing noted by a certain YouTube reaction video was that it was a "weird choice" for a white hand flicking a black guy into a cafe. The ending letters were also jumbled into the "N" word spelled in german with two "E"s instead of "I"s.

Many people think that the innovative Autopilot system of Tesla is one of the greatest vehicle innovations of modern times. It seems that Germany thinks Tesla saying their system is Autopilot is misleading.

Be Blessed By This Robot Priest In Germany

A robot priest named BlessU-2 beams lights from its hands and is giving 'auto-blessings' in the same German city where Martin Luther launched the Protestant Reformation.

Elextra EV is being designed in Switzerland by Robert Palm, CEO of design house Classic Factory, but the project involves several other brands that are contributing in their respective areas of expertise.