You've probably seen this prominent MOBA game by Riot Games called League of Legends mentioned when someone talks about esports. MOBA stands for multiplayer online battle arena. It has been a famous game among many people for years, and it's one of the biggest esports games.

Before you get into League of Legends, you'll have to understand what the game is all about first. 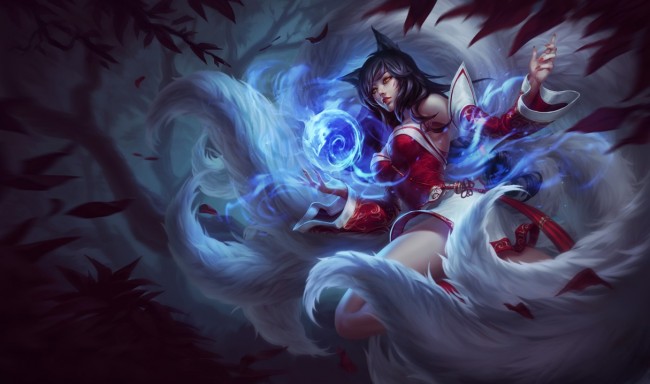 League of Legends: What's It All About?

In a regular League of Legends match, ten players are divided into two teams comprising five members. These two teams fight each other on a map known as Summoner's Rift.

Each player in the match will be controlling a particular Champion, which is what the playable characters are called. The game has over a hundred champions, and there are new ones that Riot Games adds to the game over time.

The champions in League of Legends have their unique powers and abilities that come with a different playstyle you'll have to adapt to using. You will pick your champions before the match begins, where the teams take turns choosing which champion they want to use for that match.

There are numerous strategies involving working with your team to pick champions that work in tandem together, which are called synergies.

No game you play will be the same as the previous ones since each champion has its strategies and tactics.

Are you wondering how you win the match? Your goal in each match is to destroy the enemy's base. It's more challenging than you think.

The enemies will be defending their base with their lives so that they can destroy your base. So it would be best if you were protecting your base with your life too.

Each team's base has multiple turrets and minions that spawn in waves regularly.

If you immediately try to rush to the enemy base at the beginning of a match, you'll die for sure. It's because you're too weak, and the enemies would stop you quickly.

League of Legends plays like a role-playing game in a small way. It's an RPG that takes place in a short fraction of time compared to actual RPGs since it isn't an authentic RPG.

Your champion begins at level 1. Throughout the match, you'll level up and earn gold for purchasing items.

You and the enemy team will be in a constant battle for power and gold. But in the end, there will be a team that gains the advantage and will make the final attack to win the match.

Quick And Easy Tips For Beginners

It's essential to learn how to play each of the roles. It's critical to learn the basics of them. It isn't good to only know how to play one role since you might have to switch roles sometimes.

For each role, unlock two options for each position. Ensure you have the choices before you focus on your main champion. It's nice to have various options for your favorite position, but it won't be fun when you're forced into another position and have nothing to choose from.

If you want to be comfortable while starting, turn off the chat before you become at least decent at the game. Some people will be mean to you for every mistake you make as a beginner.

The most important tip is to enjoy yourself and have fun.