Movie theaters are planning to reopen after they were closed due to the global pandemic, and the first blockbuster movie you'll be able to see is Disney's live-action remake of Mulan. Initially, Christopher Nolan's Tenet was going to be the first major movie you'd be able to see, but Warner Bros. delayed it from July 17 to July 31. Disney's reimagining of Mulan in live-action will be airing on July 24, which is one week before the new air date of Tenet. 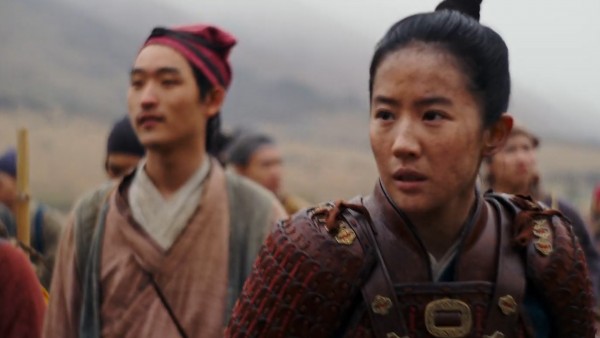 This live-action remake of the 1998 animated musical movie that starred the voices of Ming-Na Wen, BD Wongs, as well as Eddie Murphy, Mulan, was one of the initial movies that were postponed due to the pandemic in the middle of March, which was two weeks before it was supposed to air initially.

What's Going On With The Live-Action Adaptation Of Mulan?

This upcoming movie will have Niki Caro directing it. They took over the July 24 release date, which was when the planned summertime Disney movie Jungle Cruise was supposed to be showing. Jungle Cruise will be showing next year in July.

When theaters reopen and continue operating for the first time in a long time, people who visit will get to see two movies called The Broken Hearts Gallery and Unhinged. The former being a romance drama, and the latter being a thriller from Russell Crowe. These two films will be releasing on July 10.

If everything goes according to plan, two weeks after the two films mentioned above, Disney's remake of Mulan will release as the first major blockbuster movie to hit the theaters. This movie is the first after Disney and Pixar's Onward ended its theatrical run mid-March during the closures of worldwide theater closures.

What Is Disney's Stance On Releasing Movies Amid The Global Pandemic?

According to Disney CEO Bob Chapek, Mulan and other various movies that have potential to become blockbusters, which includes Marvel Studios' Black Widow and Pixar's Soul, will not skip showing on theater screens to release on digital streaming services. This statement comes after Disney's Artemis Fowl's theatrical release was canceled.

Chapek said that Disney believes in the theatrical experience, especially when launching major hyped blockbuster franchise movies. These movies fuel the whole company of Disney, from theme parks to merchandise to their digital streaming platform Disney+. Releasing movies in the theater is the best way for them to launch their blockbuster films.

Disney has to deliberate thoroughly whether they will debut films directly onto Disney+, which they had to think through for Artemis Fowl.

Chapek stated that they don't have any guidelines or rules on whether or not they aim for a theater release or a straight to a digital one. The global pandemic has taught them that they have to keep themselves flexible since they have to remain nimble.

Sending smaller movies straight to digital streaming is something that Disney is remaining open to doing, which includes their upcoming movie The One and Only Ivan. It was initially going to show on theaters on August 14, which will now be showing exclusively on Disney+ a week after its initial air date.

Read Also: 5 of the Most Anticipated Movies of 2020 That Were Delayed Due to Coronavirus and Their New Release Dates