Are you someone that was looking forward to the PS5 launching with most of the games shown in their reveal event last week, which includes the sequel to Horizon Zero Dawn, Horizon Forbidden West? Then there's something you have to know. The majority of the 23 games for the PS5 that was shown in the reveal event won't be releasing alongside the PS5. 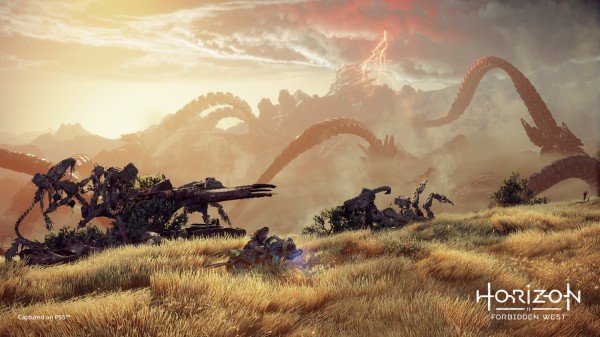 The most recent game that is confirmed to not be releasing this year with the PS5 is Horizon Forbidden West. As mentioned above, it is the sequel to 2017's PS4 hit Horizon Zero Dawn from the people at Guerrilla Games.

Why Is Horizon Forbidden West Not Releasing Alongside The PlayStation 5?

According to the game's director Mathjis de Jonge in a video uploaded on the PlayStation YouTube channel, it seems like the developers are aiming to launch Horizon Forbidden West sometime next year in 2021, which will miss the relatively late launch window of the PS5.

The video that was uploaded recently onto YouTube, has Mathjis de Jonge talking to the viewers about the setting of Horizon Forbidden West, which is the United States of America's Pacific Coast. He also highlights a few of the big overhauls that they'll be putting the game through, which the very much capable hardware of the PS5 can handle.

It is truly a disappointment to hear that a game that many have been looking forward to for the PlayStation 5 won't be available to play when the console launches to everyone.

If you watch the video, you'll learn about what you can expect when you can finally get your hands on the game. The game will have brand new beautiful populated environments, and an instant fast-travel system without any loading screens to hinder your experience.

You will also be able to see a sneak peek at various new creatures that you'll encounter in the Forbidden West as well as a slight preview of future San Francisco's inhabitant tribes.

The video also gives us our first look at some of the new creatures we'll fight in the Forbidden West and a quick peek at the tribes who inhabit future San Francisco.

What Will Be Available To Play When The PS5 Launches?

There is no definite answer to the exact launch line-up of games that will be releasing with the PlayStation 5. When talking about the games that were shown in the PS5 reveal event's showcase, only a small percentage of them stated that they would be launching in 2020.

The games that everyone is expecting to release in 2020 include Marvel's Spider-Man: Miles Morales, which has had Sony confirm that the game is standalone like how Uncharted: Lost Legacy was, and Astro's Playroom, which will be pre-installed onto every PlayStation 5 according to Sony.

It is also rumored that some cross-gen games will be playable on the PS5 at or a bit after the launch. The titles that are rumored to be ported to the PS5 are Madden 21, Destiny 2, and Fortnite. Although. Grand Theft Auto 5 was shown during the reveal event, it is confirmed that it won't be available to play on the PS5 until next year.

No one outside of Sony and the developers knows what we'll be playing when the PlayStation 5 launches, but keep an eye out for PlayStation 5 games that are announced and you'll find out.