Advertisers have claimed that Apple is making things difficult for app developers by implementing privacy-friendly controls towards targeted advertisements in the upcoming iOS 14. 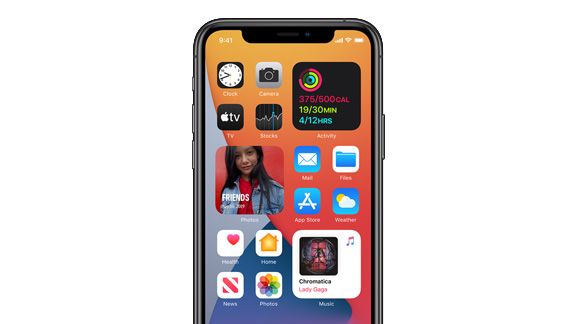 The ad industry group called Network Advertising Initiative's chief executive Leigh Freund has stated that Apple's decision to protect its users' privacy will cause a drastic decrease in the amount of free App Store apps that get their income from ads.

He also suggested that Apple's move was motivated by financial interests, saying the company would benefit if more apps ended up charging for their services.

During Apple's WWDC 2020, the tech giant announced that the new iteration of the iPhone's operating system called iOS 14 will need the users to opt into whenever an app asks to use the identification number of the device.

The identification number is unique to each device and it is used across apps and websites to identify a particular iPhone, which is then used to deliver tailored adverts based on the data they have on the user.

Whenever an app is installed for the first time, the apps will ask for access to the user's identification number. This request is the same as when an app asks for access to photos, contacts, or location. The change will give iPhone users better control of the data they give out, which will affect companies that sell user data and other information that could be used to identify a user.

This privacy enhancement is a part of Apple's mission to give users better privacy if they choose to protect their data. Apple previously added algorithms that prevented tracking on Apple's web browser Safari.

Read More: WWDC 2020: Apple Plans To Upgrade Your AirPods By Making The Sound You Listen To Feel Cinematic

Apple has made privacy a focus when they develop the devices they sell to its customers. The tech giant also said that apps that had advertisements need to tell users that they are tracking them if they want to be allowed to be on the App Store. However, Apple was working on a tool that developers could use to target ads to a user without any identifying information required.

This decision that Apple made to have apps get the consent of users to track them is one step to the company's process to give users better privacy in the services they provide. Apple has been trying to proceed with its mission for multiple years.

There are many privacy features that Apple has introduced. One of the features is to have your location be an approximate one instead of a precise one. Another feature is to have Safari give you a privacy report of a website you visit while using the web browser.