You may have tried to purchase a Nintendo Switch Lite or a regular Nintendo Switch during the lockdown caused by the global COVID-19 pandemic. It may have resulted in you finding out how challenging it is to find Nintendo's popular handheld console in today's times for its regular price. 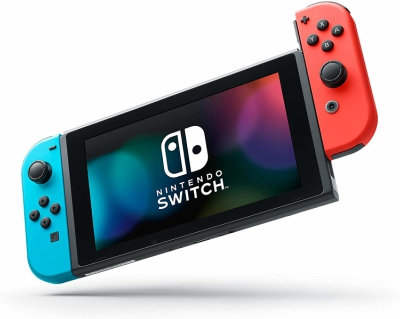 Don't worry anymore though, a Nintendo representative has claimed that the shortage situation will improve soon enough.

Nintendo Switch Production Is Back To Normal This June 2020

According to a Nintendo representative, they have stated that the production of Nintendo Switches and Nintendo Switch Lites has already returned to normal after it was significantly hindered by the global coronavirus pandemic.

Retailers haven't had enough systems delivered to them while the demand for a Nintendo Switch keeps rising. This uneven proportion of supply and demand has caused the Nintendo Switch to become a frustrating challenge to even find one in stock.

Even if the Nintendo Switch production line is starting back up, no one knows when stores will have enough stock for how much demand there is for the sought-for handheld console. The demand for the console has been exceeding the amount that has been supplied recently, which might take more than a month to settle down. The production line will need to catch up, but until then, the console will still evade people's hands.

Nintendo has been making it difficult for the Nintendo Switch stocks to replenish, albeit unintentionally. They have released fantastic games for the console including the latest Pokemon installments Pokemon Sword and Pokemon Shield, the notoriously difficult to find Ring Fit Adventure, and the fan-favorite life simulation Animal Crossing New Horizons. The great console exclusives are making it so more people want to buy a Nintendo Switch.

Almost a year ago, Nintendo released the lightweight Nintendo Switch Lite. It's a Nintendo Switch, but smaller and only playable in handheld mode. These alternative models have also been hard to find since they're cheaper, which means more people can afford them.

There is the possibility of a Nintendo Switch Pro, but Nintendo hasn't made it clear whether a more powerful version of their popular console is planned at all. It might be announced or released around the launch of the competitor consoles from Sony and Microsoft.

Read More: Nintendo Says There Were More Accounts Compromised Than Previously Reported: How To Protect Yours From Data Breach

What Is The Nintendo Switch?

Nintendo's video game console, the Nintendo Switch, was initially called the NX while in development. The company released it in 2017 on March 3.

Joy-Cons are what you call the default controllers for the Nintendo Switch. They are small wireless controllers that can be used as a pair or as a lone controller.

The two Joy-Cons attach to both sides of the Nintendo Switch while in handheld mode. When the console is connected to a television, you can either use them with a grip or hold them on their own in each hand.

The Joy-Cons have an advanced vibration feature that Nintendo name HD Rumble. They also have an infrared sensor in the right Joy-Con, which can act similarly to the sensors of the Nintendo Wii's Wii Remote.

Read More: 3 Top Power Banks For Nintendo Switch: Which From Anker, Mophie, and Marval are the Best?