The Initial Quality Study is an annual industry benchmark that looks for quality issues. It will reveal problems that new owners of vehicles made that year experience, and the vehicles come from a wide range of manufacturers. 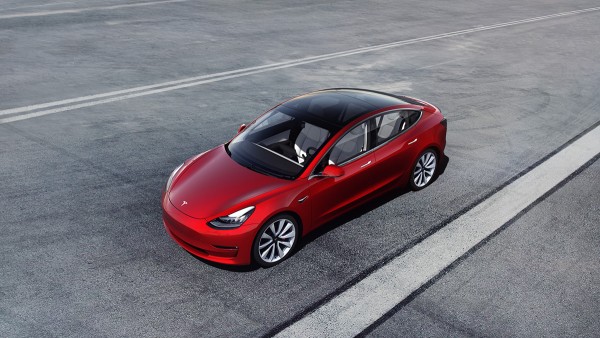 The survey finds and points out all feature problems, unmet expectations, flaws, and imperfections that those who buy a new car of these tested cars will experience withing 90 days of their purchase or lease.

Could Tesla Be Worse Than Initially Imagined?

This year's Initial Quality Study is the first time where Tesla is a part of the study, but they came out as the bottom contender of the whole list.

However, you must know that there are a few vital caveats to keep in mind with this year's Initial Quality Study's findings. According to J.D. Power's automotive division president Doug Betts, Tesla isn't part of the official rankings against the other manufacturers due to the study not being as thorough when investigating quality issues in Tesla's cars.

California was part of the states that didn't get to be surveyed, and it is the state that has the highest electric vehicle adoption rate. Overall, there were 1,250 Tesla owners that J.D. Power surveyed. Most of them were owners of the Tesla Model 3. 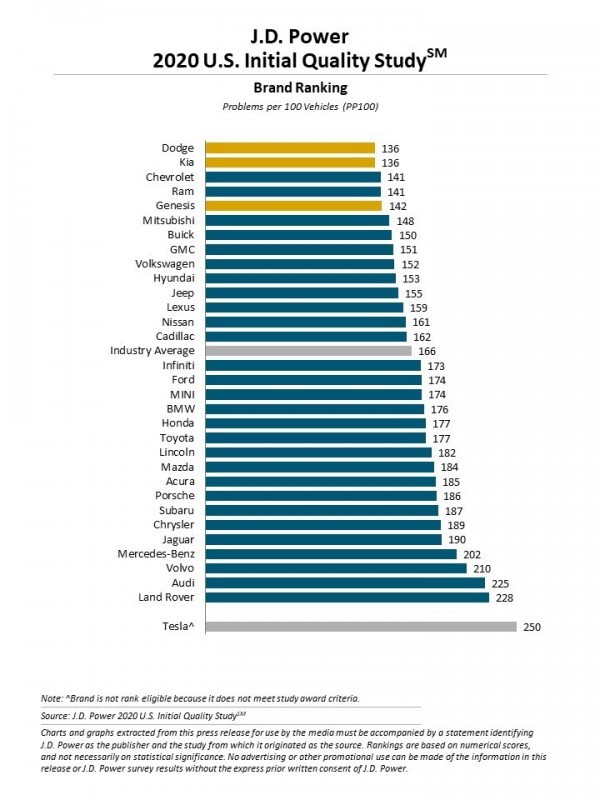 Something else to consider is that something unique to Tesla is its quality issues didn't have anything to do with the powertrain or infotainment system, but the problems were about the cosmetics of the car. People had problems with wind noise and rattles and squeaks, paint imperfections, hoods, and trunks that were difficult to open and close, and misaligned body panels.

It seems that these issues are a result of the quality of the factories where the Tesla cars are produced. When talking about issues about the electric vehicle aspect, people have complained that the range is lower than they expected, so the range gauge isn't accurate.

In the study, if you include the other marques, a quarter of all problems that were given by the almost 90 thousand respondents included issues with the built-in navigation systems, touchscreens, built-in voice recognition, Bluetooth connectivity, and Apple CarPlay/Android Auto connectivity.

The results of the 2020 #JDPowerIQS are here!