The Australian entrepreneur Melanie Perkins sought to compete with Microsoft and Adobe with a design product she would build herself, which would now be known as Canva. 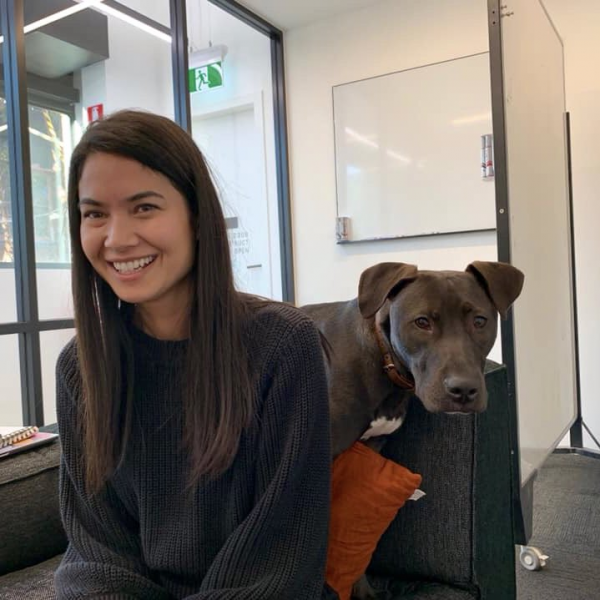 Perkins' goal was to take the whole graphic design ecosystem and fit it all into a single page, which would be accessible to people all over the world. At age 32, she is now the youngest billionaire in Australia with a net worth of $2.5 billion.

The Spark That Lit The Fire

The Filipino-Australian entrepreneur initially thought up the idea when she 19, which was when she was still in university in 2006. She would scrounge up some income by being a graphic design teacher. Her students would find Adobe's and Microsoft's graphic design programs to be difficult, which lead her to think that there has to be a more accessible way to do graphic design.

The teen would earn a little income on the side by teaching other students design programs. But students found the platforms offered by the likes of Microsoft and Adobe "crazy hard" and she felt there must be a better way.

This made her turn her idea into reality with the assistance of co-founder, who is now her soon-to-be husband, Cliff Obrecht.

The couple didn't have much, to begin with, both in resources and experience. They created a modest online school yearbook design business called Fusion Books so they could test the waters.

They launched the website so students could work together to design their profile pages as well as articles. The duo would print the yearbooks and send them to the school around Australia.

Their business became a success and it's still active. But this was only Perkins' first step in her dream for the one-page accessible graphic design website, which is why she searched for investors.

The Climb To Success

In 2010, she got her first break when she was at a conference in Perth. She happened to meet with Silicon Valley investor Bill Tai, which leads to him inviting Perkins to San Francisco so she could pitch her dream idea. A few hours later, Tai was impressed and connected her with a couple of his contacts.

Perkins discovered soon after that making connections in Silicon Valley wasn't going to be easy. Bill Tai invited her to his networking retreat called MaiTai that's for investors as well as kitesurfing enthusiasts. This made her rush to learn how to kitesurf.

Perkins has no experience kitesurfing, and she would have never tried it of her own accord. She decided to try it since she knew that if she didn't have connections, she wouldn't have a network. Wedging your foot in the door and wiggling and forcing your foot through is something you have to do.

The Growth Of Her Team

Learning how to kitesurf lead to great results since the pair was earning the interest of big investors, which lead to them building the design platform of Canva with a quickly-expanding team of technological engineers.

This all happened back in 2012, which was when the business was still in its beginning stage. Their tech advisor, Lars Rasumessen helped them get a tech co-founder and tech developer, Cameron Adams and Dave Hearnden respectively.

The company was oversubscribed when they closed their first round of funding a few months later. Their initial investment was matched by Australia's government so the business would stay on the shores of Australia.

In the next year, the Canva site officially went up, which let its subscribers create various online designs free of charge.