Microsoft seems to be testing a new look for the Start menu in the latest Insider Preview build of the latest edition of its operating system, Windows 10.

What's Up With The Start Menu Redesign?

If you have the Windows 10 Insider Preview build, then you'll be able to have a peek at the new Start menu, which was upgraded to look more coherent and cleaner.

People who are on the Dev Channel as Insiders will be able to see that the revamped Start menu doesn't use solid color backplates below the apps' logos on the app list.

Furthermore, the refreshed Start menu will have a semi-transparent background and it will be compatible with the light and dark themes of Windows 10.

Here is what the Start menu looks like to non-Insiders: 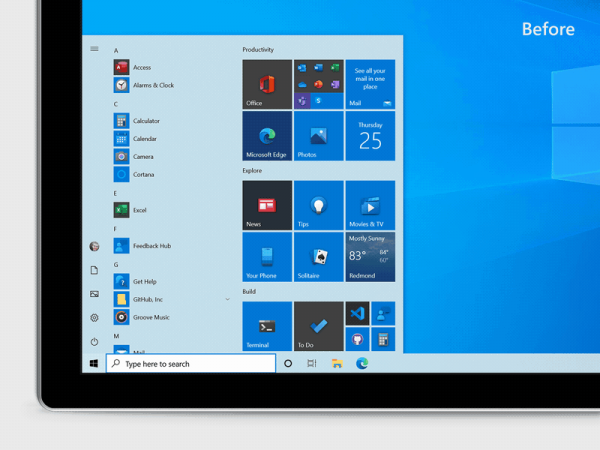 On the other hand, here's what it looks like to those with the refreshed Start menu: 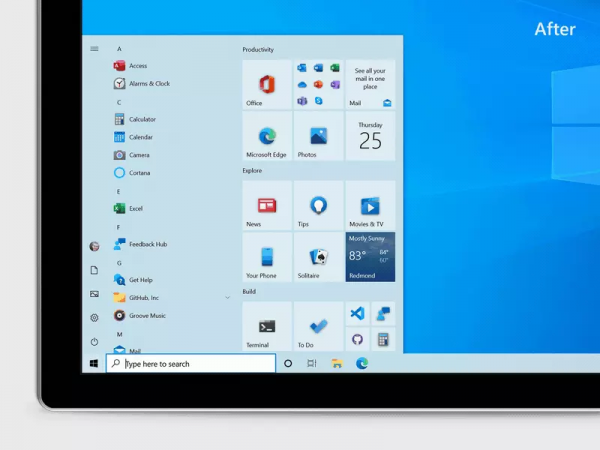 Changing the accent color of the upgraded Start frame and tiles is simple, all you need to do is go to Start, then Taskbar, and then Action Center. Finally, find Color in Settings, and you can change the accent color from there.

A group of Insiders has gained access to a new feature of Microsoft's web browser Edge that displays every open tab in one panel when you press Alt + Tab.

Also, Microsoft will be changing what the default settings are in 2-in-1 devices so the devices will switch to the new tablet experience that has enhanced touch when the keyboard is detached. In the current version of Windows 10, non-Insiders will be shown a prompt that asks them if they wanted to switch to the tablet mode or not.

However, it should be noted that Microsoft is officially replacing Insider Rings with what they call Channels. This change makes it easier for testers to select the group that they would like to join.

Microsoft has rolled out a feature that many people have requested to every Windows 10 user, which is a graphing mode for the built-in Calculator app. Microsoft started tests for the graphing mode in early 2020 and it hopes that the company can encourage students to learn mathematics by enhancing their attitudes and conceptual understanding towards the subject.