Google Chrome definitely lives with this sort of reputation that they hog off huge amounts of battery life, particularly if you find yourself opening a few tabs, but it seems like Google has found a solution for this. 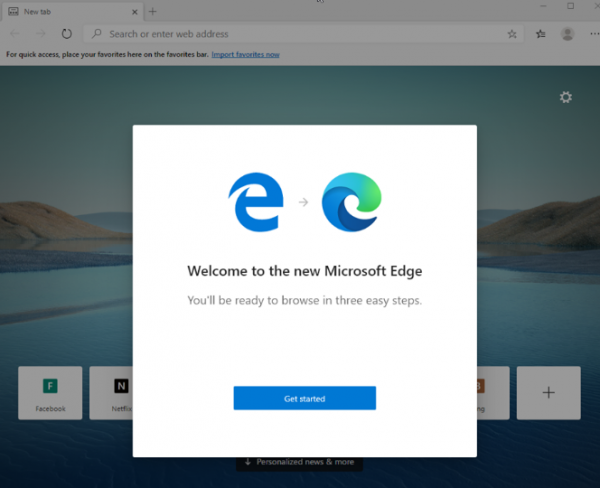 (Photo : Screenshot From Ars Technica Facebook Page)
Should You Upgrade Your Google Chrome or Switch to Microsoft Edge?

According to TheWindowsClub, the current feature is for now just an experimental feature in the new Chrome 86 that is said to reduce energy by automatically shutting down the other unnecessary JavaScript timers and trackers in a particular tab in the background--such as those tabs that check your current scrolling position.

Save yourself from the additional stress in Google Chrome

The savings could definitely be significant in the perfect circumstances. It was reported that Google can save up to two hours of your battery life in a test that was done with 36 background tabs all in one blank foreground tab (really extreme conditions) in order to be sure that the data collected was accurate.

Although the gains were still not quite as dramatic when you're playing a YouTube video, the intensive test still added about 36 total minutes of runtime.

Apparently, this is still only available as a particular flag in the early Chrome 85 builds, according to TWC, although it would still be available for all of the desktop and the mobile versions. There is still no guarantee that it will eventually be ready just in time when the new version of Chrome is ready for mass adoption, and there is also definitely a chance that it could be scrapped.

If it really does ship, it could also address a really common complaint among all of the laptop users. Companies just like Apple and Microsoft have often touted the battery life's known advantages over Chrome. They could still potentially claim the lead (Google's very own tests still show that Safari is leading), but the big gap might just be small enough that your own browser choice might actually be dictated more by preference than basically needed.

Read Also: Zoom's New Competitor Backed by the Richest Man in Asia Got over 100,000 Downloads During Launch: Here's Its Advantage

According to multiple sources, the new Microsoft Edge actually works better in comparison to Chrome. The debate is already ongoing as to whether people should switch to Microsoft Edge over chrome and some computers have Microsoft Edge preinstalled and set as the default browser compared to Chrome.

One thing duly noted about why Microsoft Edge is better than Chrome is that Chrome tends to eat too much RAM causing your computer to run slower. This is a huge problem if you are working with less RAM or are still finding ways to make your machine run faster.

Although switching to a new browser is oftentimes hard to do, if Microsoft Edge is truly better than Chrome, that leap over the familiar might be worth it in the end. You'll never know if you never try.

Read Also: Insiders Reveal Uber Trying to Buy Out Postmates! Could They Be Threatened?