Finally, after 24 years. Ford enthusiasts will be glad to know that the Ford Bronco will be making a comeback together with its family. That's right. The Bronco lineup will consist of 8 models you can choose from with each suiting whatever adventure you are going to embark on.

First, you have the Base which covers only the essentials. Second, you have the Big Bend which is normally used for mainstream off-roading. If you're keen on taking off-roading to the next level, the Black Diamond is for you equipped with steel front and rear bumpers, rock rails, heavy-duty skid plates and 7 G.O.A.T. (Goes Over Any Type of Terrain) modes. And if you want the best of all models, you can get the limited First Edition Ford Bronco only for the first 3,500 customers. 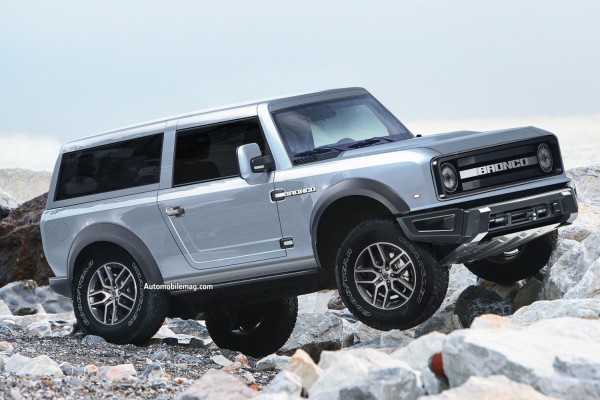 "It's a really big product year. I would say an unprecedented product year," said Kumar Galhotra, Ford's president of the Americas & International Markets Group. "We are building on products that are iconic," said Ford CEO and President Jim Hackett in a report from CNBC.

Read Also: Ford Upgrades Old Excursion SUV Model as It Readies Release of 2021 Edition That Could Cost up to $85,000

The Ford Bronco made its first appearance back in 1966 as a vehicle without any roofs or doors giving it a very sporty appearance which was Ford's Original All-Purpose Vehicle.

After 1977 which ended the first generation of Bronco vehicles, Bronco sales reached record levels after the launch of the 2nd generation Bronco in 1978. The first two years of the larger and more luxurious Bronco were some of the most popular of its 30-year production run as the vehicles upped its toughness game with off-road-ready features.

By 1980, the third generation of Bronco was born making their cars lighter, more fuel-efficient, and had more interior options than ever. Major changes were made using an independent front suspension (Twin-Traction Beam) to improve ride characteristics while not compromising ground clearance in rough terrain.

The 4th Generation of Ford Broncos also known as the Aerodynamic Age began in 1987 as the vehicles boasted a more aerodynamic silhouette than its "bull nose" predecessors. Right angles and jutting edges gave way to dynamic sloping lines for the body, bumpers and mirrors, and headlights were flush with the front end. It was also in this year that the anti-lock braking technology was introduced in the 2WD models.

And finally, before it was phased out of the market forever in 1996, the 5th generation of Ford Broncos was also known as the generation that the Ford Bronco Original Body Style was born as the 1992 vehicles boasted cleaner lines-particularly on the front end-than earlier series.