If you're looking to invest in a new luxury car, then this car might be perfect for you.

Introducing the latest addition to the AMG GT series, the Mercedes 2021 AMG GT merges 720 horsepower, a 202 mph top speed, and some seriously striking aero tech to make the automaker's most raucous model. 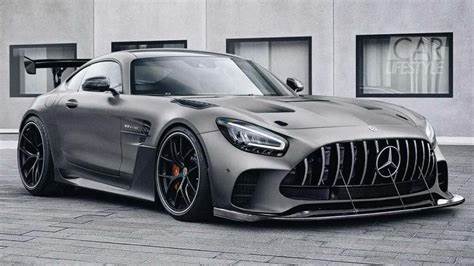 You can check out the trailer for the vehicle below.

In order for the 720 horsepower to be utilized efficiently, it switched from its usual cross-plane version to a new, flat-plane crankshaft.

The V8 is paired with an AMG SPEEDSHIFT DCT 7-speed dual-clutch transmission, and pushes all its power to the rear wheels. The gearbox has been modified for the coupe, primarily so that it's up to handling all that torque.

The wheel arch coolers now get their air supply from that central inlet, removing the need for additional outer air inlets, with semicircular flics to optimize airflow for front axle downforce and brake cooling thanks to the parts that can be found in AMG GT3 and GT4 race cars.

If you want a more detailed explanation of the vehicle, you can check the walkthrough below.

The good thing about this vehicle is that it can also be used for racing thanks to its manual settings- -Street or Race. Pulled forward into the latter setting, it creates a reversed wing profile under the front section that helps generate a Venturi effect on the underbody, sucking the car to the track. For most of the car parts, it is built with carbon fiber including a fully carbon-fiber hood.

"There are four different systems for it, spanning Basic, Advanced, Pro, and Master in the AMG DYNAMICS modes. In Master, AMG explains, the flap is permanently inclined at speeds up to 155 mph; it retracts above that so that the GT Black Series can hit its top speed. For sudden braking or cornering, though, it will automatically re-deploy, or the driver can do so manually with a button on the dashboard." as noted by Slash Gear.

For the vehicle's interior, a 12.3-inch driver display and a 10.25-inch infotainment display, with custom AMG graphics can be found. The center console is V-shaped, with colored display buttons for transmission logic, suspension, ESP, the adjustable exhaust, rear spoiler flap, and start/stop. AMG then throws in two rocker switches for drive programs and volume control.