2020 has seen the end of a number of shonen manga titles such as Demon Slayer: Kimetsu no Yaiba and The Promised Neverland that gave the fans an adventure they could never forget. This also includes Haikyuu, the widely renowned sports manga written and illustrated by Haruichi Furudate who released the 402nd and final chapter of the 8-year running series.

Haikyuu tells the story of Hinata Shoyo, a short but ambitious volleyball player whose dream is to become the next "Little Giant" joins Karasuno's High School volleyball club and proves his worth through the many inter-school competitions that he and his teammates face. 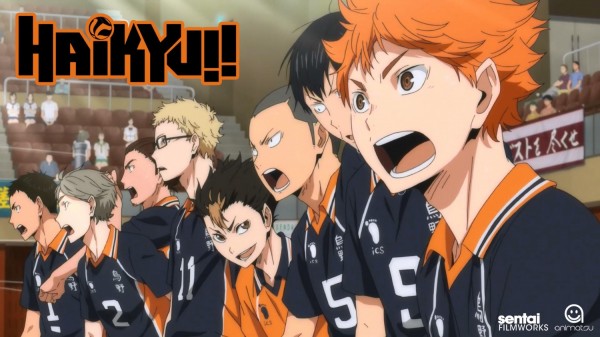 Not to give away any spoilers for those who want to read the final chapter for themselves, Chapter 402 takes places after another time skip, picking up in the year 2021 and it makes sure to reunite fans with many of the important (and sometimes forgotten) faces introduced over the course of the manga while also teasing some nuggets for the future of its volleyball world. If and when you're ready to read it, you can click here.

For those who prefer to see the ball in motion, Haikyuu Seasons 1 to 4 is free to stream on Netflix.

The manga won the 61st Shogakukan Manga Award for best shōnen manga in 2016. As of May 2020, Haikyu had over 38 million copies in print. Leroy Douresseaux of Comic Book Bin praised the story for its in-depth examination of personal and mental struggles in addition to athletic struggles, noting its prominent focus on character drama and team dynamics outside of volleyball.

Nothing but Love for Haikyuu

As of this writing, #ThankYouHaikyuu is currently the number one trending tweet with over 310,000 tweets so far. Fans of the series have nothing but love and gratitude for Haruichi Furudate and will miss this series as it comes to a close.

Here are some of the tweets and fan art tweeted by long-time followers of the series:

#ThankYouHaikyuu I wasn’t on this journey long. But it touched my heart in a way another story never can. So thank you for being around for eight years. pic.twitter.com/ktOo6VezdC — Georgia (@justa_simpleton) July 20, 2020

started from the bottom and now they’re at the top.#Haikyuu #ThankYouHaikyuu pic.twitter.com/VBgbIYMybP — e ; is crying because haikyuu is ending (@ktkuroo) July 20, 2020