If you've been reading video game news lately, you may have heard of the rumors that there is a remaster or remake of the Mass Effect trilogy. 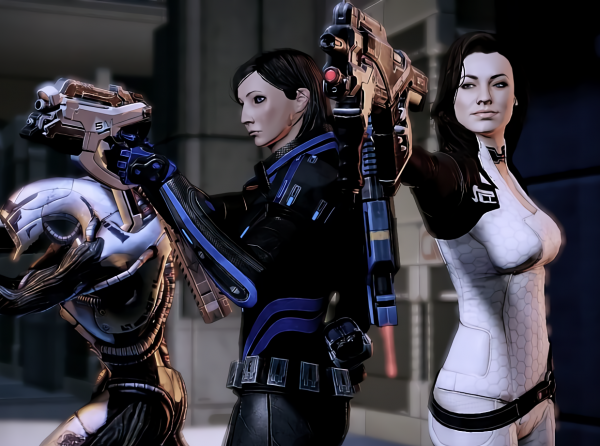 There's more information to add to those rumors. A significant clue has been found on Amazon of all places.

The Amazon Listing Hints at Something Big

Art of the Mass Effect Trilogy: Expanded Edition has been slated for a release next year on February 23, the information shown on the Amazon listing.

The description of the artbook also states some interesting tidbits. It advertises the book as one that contains hundreds of art pieces that haven't been seen before. It states that this new edition will delve deeper than ever before into the sci-fi series that changed how video games were made forever.

With the book, you'll explore the creation and development of the planets, aliens, technology, and ships that make up the famous science fiction world. You'll be able to delve deep into the evolution of BioWare's masterpiece. You will get to feast your eyes upon the earliest concept art and design sketches until they created the intricate final renders.

The artbook is filled with commentary and conceptual designs. This expanded edition is the companion you need to have alongside one of the most praised series in the entirety of video game history.

In May of 2020, Venture Beat claimed that there was a title from the publisher EA being worked on and that it was a full remaster of the Mass Effect trilogy. The Mass Effect series BioWare developers have been looking for a technical director who has interesting responsibilities. Those responsibilities are to be the most senior engineering lead on the developer's next grand title in one of their most well-known franchises.

BioWare has made a statement that they aren't done with the Mass Effect series yet. If you put all these hints together, they all point at some next big step for the franchise and that the remaster will be their stepping stone to their next major release in the series.

Some fans were disappointed in the Mass Effect series' latest installment, which seemed to release in an unfinished state. But this seems to be why BioWare is working on a remaster of the classic Mass Effect trilogy. The developer must want the fans to become interested in the series again.

Read More: Goodbye To Xbox Live Gold? There Could Be Something New On The Horizon For Xbox Live from Microsoft