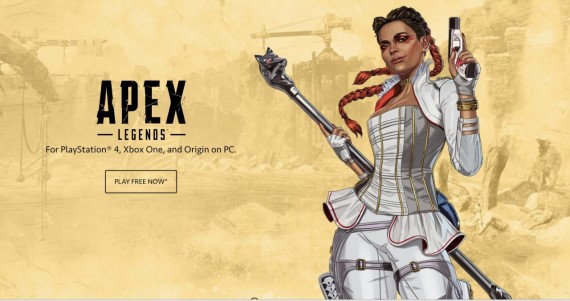 With 13 characters available to play on Apex Legends, how can you know which ones best match your playstyle? In this guide, we'll take a look at the six base characters of the game - Bangalore, Bloodhound, Gibraltar, Lifeline, Pathfinder, and Wraith. These are the Legends you'll be able to play with right from the start of the game, so it's important to know how to use each of their abilities to your advantage.

Bangalore comes from a military family, and she served as a member of the IMC Armed Forces. Her training has made her excellent with weapons, and she is a professional shooter. If you want to take part in gun-based combat, Bangalore would be a great option.

Tactical - Smoke Launcher. Bangalore can launch a smoke canister that will create a smoke wall, thus shielding you from view.

Ultimate - Rolling Thunder. Bangalore can gun down her opponents by calling in an artillery strike.

After witnessing the death of their parents, Bloodhound (a non-binary Legend) was taken in by his Uncle and a society of hunters. Bloodhound was trained to learn how to track down and take out their opponents, using technology as a boon. Because of Bloodhound's propensity for spotting foes, they are a great Legend to use for scouting out potentially dangerous areas.

Tactical - Eye of the Allfather. This ability enables Bloodhound to spot enemies and traps through walls. You can then ping these so your squadmates will be aware of any dangers.

Passive - Tracker. Bloodhound can see and ping the tracks left by enemies.

Ultimate - Beast of the Hunt. When you're on the hunt as Bloodhound, you can move quicker and highlight your opponent.

Gibraltar may be gigantic, but he has a soft side. After his parents sacrificed their lives for him and his boyfriend, Gibraltar dedicated his life towards helping others who are in need. He puts his squadmates first, and he excels when used in a protective role.

Tactical - Dome of Protection. When you're in a sticky situation, throw down a shield; this protective dome will block attacks temporarily. Plus, healing items work 15% faster when you're in the dome.

Passive - Gun Shield. When Gibraltar is aiming, he has an energy shield with 50 health displayed in front of him. It will protect his torso from gunfire, while still allowing him to shoot his enemies.

Ultimate - Defensive Bombardment. Throw out a smoke grenade that signals a mortar strike! The last will last for 6 seconds, and each explosive will deal 40 damage.

After Lifeline learned of the damage that her wealthy family wreaked upon society, she joined the Frontier Corps and dedicated her life to aiding struggling communities. She has excellent healing powers, making her a boon to any team.

Tactical - D.O.C Heal Drone. Lifeline can produce a drone that will heal all nearby players. The healing effect lasts for 20 seconds and will heal 7.5 health/second.

Passive - Combat Revive. When Lifeline is reviving a squadmate, a shield will automatically generate in whichever direction she is facing.

Ultimate - Care Package. Lifeline can call down a drop pod, which will contain 3 useful items, such as a body shield, a syringe, a med kit, or a knockdown shield - and more!

Pathfinder is a robotic entity that was modified to specialize in surveying and scouting out locations. Decades ago, he awoke in a lab with no clue as to who created him. Since then, he has been traveling the world and hoping to find his creator. In the meantime, he makes for an excellent Recon legend and can travel across the map quickly.

Tactical - Grappling Hook. Pathfinder can throw a grappling hook that attaches to a solid object. It will pull you towards the object, and it has a maximum length of 21 meters.

Passive - Insider Knowledge. You can use Pathfinder's knowledge to determine the upcoming circle location. Just keep in mind that the process takes 7 seconds, leaving him vulnerable for that amount of time!

Ultimate - Zipline Gun. Pathfinder can create a zipline for his entire squad to use. The zipline will help you move between points quickly, but enemies can also use it.

Wraith woke up in a mental ward years ago; upon awakening, she had no memory of her previous life. After communicating with a version of herself from another dimension, Wraith learned how to trust the voices in her head and how to use portals to manipulate the universe's void. Take advantage of those portals in the Circle! Wraith's abilities allow you to quickly traverse the map, putting yourself in advantageous positions and avoiding damage.

Tactical - Into the Void. Wraith can travel through void space in order to reposition herself. She will be in the void for 4 seconds and will be totally invulnerable for that time. What's more, her speed will be boosted by 30% in the void.

Passive - Voices from the Void. Wraith can hear a voice warning her when she's in danger. Some dangerous conditions include when an enemy is aiming at her, when a grenade is thrown at her, when there are nearby traps, and more.

Ultimate - Dimensional Rift. Wraith can place two portals, enabling a link between the locations. Players, including enemies, can use these portals to go from one location to another. The portals will last for 60 seconds.

In this guide, we went over the 6 base characters and their abilities. There are also 7 other characters that are available to unlock in the game - Caustic, Crypto, Loba, Mirage, Octane, Revenant, and Watson.

If you want to improve your statistics or reach the desired rank more quickly, go to Apex Boost and enjoy your game.