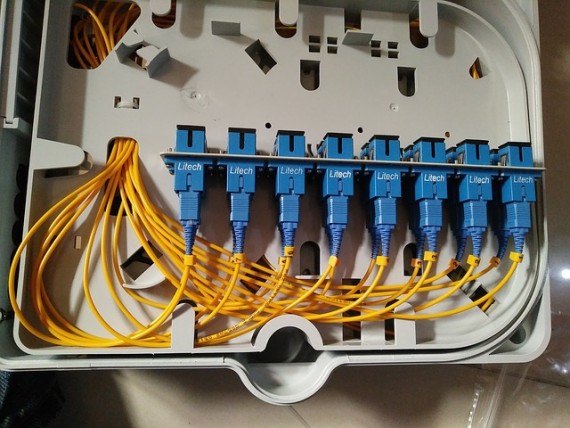 University College London researchers have set a new world record internet speed. It is one-fifth faster than the record previously held by Japan.

Do you think 5G is insanely fast? Downloading a two-hour movie in less than 10 seconds is impressive. However, wait till you learn how the UCL researchers have managed to amplify that speed thousands of times faster. The speed achieved is close to the theoretical data transmission limit set by Claude Shannon in 1949. Claude Shannon is an American mathematician and cryptographer.

The research team was headed by Dr. Lidia Galdino from the UCL Electronic & Electrical Engineering. The new world record is twice the capacity of any current system in the world. The team achieved the feat using a much broader range of colors of light. These wavelengths are what make fast data transmission in fiber optics possible.

The researchers used multiple amplifiers technologies to get the needed signal power boost. They also developed new Geometric Shaping (GS) constellations to optimize speed. Typically, repeaters do the job of re-transmitting signals that get absorbed by traveling a few miles through the fiber-optic cables. The researchers were able to extend and amplify that signal several thousand times faster.

Read also: First-Time Oculus Users to Be Required to Have a Facebook Account to Login Beginning October

They said the infrastructure used these days uses a spectrum bandwidth of 4.5THz. Meanwhile, commercial bandwidth of 9THz is just beginning to enter the market. Now, what UCL researchers did was to increase that bandwidth to 16.8THZ.

Let's put that in perspective. The 5G's download speed is between 1Gbps and 10Gbps. The UCL research team achieved a data transmission rate of 178 terabits per second. That equals 178 million megabits per second.

With that speed, you can download thousands of Netflix movies and series episodes in less than a second. You can literally blink an eye, and your download is already done. Moreover, the technique can download the data of the first-ever image of the black hole in less than one hour. Did you know that it took half a ton of hard drives to store that amount of data?

Benefits of the new technique

The new technique can be integrated into the existing infrastructure would not be too costly. The cost of upgrading an amplifier at a 25-62 miles interval is roughly $21,000. In contrast, installing new optical fibers can cost up to $590,000 per 0.62 miles.

Internet traffic has surged due to the pandemic. The report said that some operators experienced as much as a 60 percent increase in demand. This situation underscored the need to have reliable and affordable internet access. Hence, the development of new techniques is crucial to keeping costs lower.

The UCL research was funded by the Royal Academy of Engineering, The Royal Society Research Grant, and the EPSRC programme grant TRANSNET. The paper is titled "Optical Fibre Capacity Optimisation via Continuous Bandwidth Amplification and Geometric Shaping." It was published July 20, 2020, at IEEE Photonics Technology Letters.

Read next: How to Build a Gaming PC on a Budget: An Exciting and Delightful Discovery for Enthusiasts

Scientists have found a way to transmit data in terabit rates that might allow users to download eight Blu-ray discs in one second.

Phase conjugation of a pair of identical light waves make it possible to transmit data at 400 gigabits per second or four times faster than Google Fiber.