Flying Cars Over Japan in 2023? Tokyo-Based Skydrive Plans to Realize That in Three Year's Time 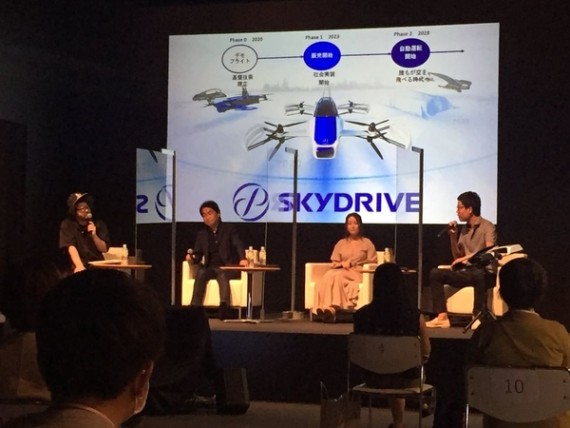 Flying cars will soon fly over the skies of Japan. Tokyo-based SkyDrive will test its two-seater vertical take-off and landing (VTOL) vehicle soon.

However, this two-seater car is a unique one in that it is the smallest in the world. The vehicle is 1.5 meters tall and 4 meters by 3.5 meters wide. It is small enough to fit in a parking space designed for two conventional cars. Small and light, the vehicle can fly at a speed of 62 miles per hour with a limited of several tens of kilometers. The company hopes to debut its concept model in 2023.

Founded in 2018, SkyDrive signed a deal with Toyota City to use the city's development base and testing facilities. The company plans to launch a commercial taxi service in 2023. The company expects that by 2050, flying cars will bring people to any destination within Toyota's 23 wards. According to a Morgan Stanley report, the autonomous aircraft global demand could reach $1.5 trillion by 2040.

Japan's government is giving its all-out support for projects such as SkyDrive's, for obvious reasons. Flying cars will help solve traffic problems and provide a new transportation mode for difficult to reach locations. Flying cars would also be very useful during emergencies and natural disasters.

The Japan Times recently interviewed SkyDrive CEO Tomohiro Fukuzawa. He said the firm plans to launch an air taxi service either in Osaka or Tokyo. The initial flight will be over the sea due to safety considerations. However, the flights will just be three to five minutes long. Fukuzawa said they are looking into serving 1,000 people in 2024.

The company expects its annual sales to grow to at least 100 vehicles by 2028. While the price would be similar to that of an expensive car, it will ultimately become cheaper as sales volume rises.

Thus, how is it different from other flying cars currently in the development stage? Fukuzawa said that SD-XX is highly safe. The company boosted safety margins by putting the propellers on the upper half of its body. Other eVTOLs have their propellers on the bottom part.

For now, SkyDrive targets Japan as its main market. There is a strong need there, Fukuzawa said, because traffic jams cause a lot of problems. The population is so dense, and there is not enough landing space, that only a compact flying car would match these conditions.

Read next: Researchers at Sony and Harvard's Wyss Institute Created an Origami-Inspired Robot

Lilium Aviation is working on creating the first ever flying car.