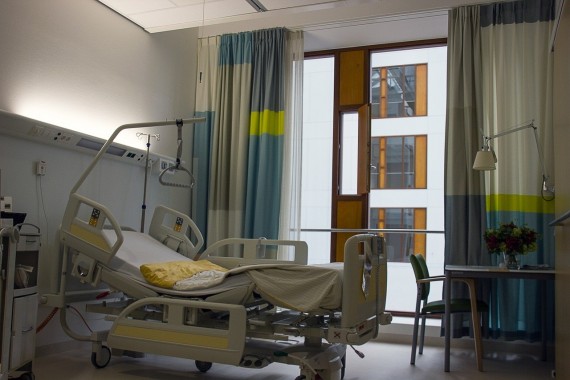 Facebook decides to block a live streaming attempt of a French man who chooses to die peacefully.

Alain Cocq suffers from an incurable degenerative disease. A condition he has been living with for over three decades. His rare illness caused his arteries to stick together. Cocq's long-suffering has caused him to ask President Emmanuel Macron for permission so he could die through "active medical assistance." According to a CNN report, Cocq requested that he be allowed to die in peace and "with dignity."

In Cocq's letter, he described his suffering and how he has been crippled by "unbearable pain." Likewise, he asked for a review of French laws so that euthanasia gets legalized. He said others call it "active euthanasia" or "assisted suicide." To him, it is the ending of life with dignity with active medical assistance. French law allows "passive euthanasia" only under specific circumstances.

President Macron, however, denied his request. He is not above the law, he said, and could not do something that would overstep the "present legal framework." The president did say that he admires Cocq's demonstration of will power while fighting "incessant battles" with his incurable illness.

Cocq told CNN that he already expected that the president couldn't comply with his request. Still, he appreciated the president's compassion. His decision to end his suffering is a brutal one, he said, but it made him feel good. He refused to take medication, food, and drink beginning Friday night.

On his social media account, Cocq wrote that his deliverance begins and that he is happy about it, announcing he had taken his "last meal." He said that after that, he might have just days to live and endure the pain that he has never felt before.

Facebook blocks his attempt to live-stream his dying moments

Cocq planned to stream his death on Facebook Live. He said he chose to publicly show the moments of his pain because citizens are free to choose and that death "should be democratic." In its response to The Verge, Facebook said they decided to block Cocq's live stream because their rules do not allow users to show "suicide attempts."

Facebook said their hearts go out to Alain and to anyone affected by the "sad situation." However, under experts' guidance, they have taken steps to stop Cocq from broadcasting live on Facebook. Cocq confirmed this in a message, stating that Facebook blocked him from broadcasting video until September 8.

Addressing his supporters, Cocq said that it is up to them now. He encouraged them to express what they think about Facebook's policies that restrict freedom of speech.

The "right-to-die" has been the subject of debate and has polarized French citizens. Such was the case of Vincent Lambert. In 2008, Vincent was left in a vegetative state after a vehicular accident.

Years of physical therapy did not help improve his condition. Hence, whether he be allowed to die peacefully through "passive euthanasia" has caused division among his family members. His parents fought hard to oppose his wife's decision to put him off life support. His case has also become a highly politicized issue, prompting some legislators to push for the legalization of assisted suicide.

Scientist Turns Himself Into Human Cyborg to Overcome MND

By opening up computer-based streaming to everyone, it’s clear that Facebook is hoping to take live videos more seriously by making it possible for all its users to create more professional and robust broadcasts.

Twitter made it clear that Periscope is more than just a live selfie platform. Now, one of the biggest social networks is ready to extend that same platform beyond its own native apps.

Facebook's A.I. Will Be Quick In Spotting Potential Suicide Victims

There have been a series of suicides live streamed via Facebook Live, which made Facebook decide to use artificial intelligence to prevent more deaths from happening.

Facebook will bring in ad breaks for live videos.

The 59th annual Grammy Awards will air Sunday on CBS and via CBS All Access.