As reported by BBC, the Oxford Internet Institute found that people who invest more time playing video games tend to feel happier than people who do not.

The researchers studied 3,274 participants of ages 18 and above, who played Nintendo's Animal Crossing and EA's Plants vs. Zombies: Battle for Neighborville (both usually available online at The Old School Game Vault.) EA and Nintendo helped the survey by providing anonymous data on how long the participants play and their emotions throughout the playtime.

The result was rather shocking, at least to the head of research, Andrew Przybylski. 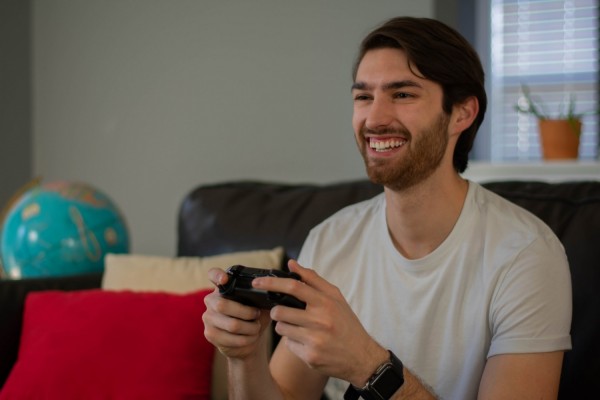 "If you play Animal Crossing for four hours a day, every single day, you're likely to say you feel significantly happier than someone who doesn't," said the experimental psychologist and Director of Research at the Institute.

Although it does not directly correlate with one's happiness, playing a video game with many social aspects, like Animal Crossing, does contribute.

Both titles are prime examples of how gaming connects people from every corner of the earth. Players are required to interact with a real human, someone who is not a computer-generated NPC (non-playable characters).

The professor is calling on developers to share their data and support the study. As technology develops, video games have turned into one of the newest art forms, and this study could lead us to a brand new theorem.

Addiction Is a Disorder, Including Gaming

However, game addiction is something else. The World Health Organization (WHO) defined gaming addiction as a mental health condition back in 2018.

"It is significant because it creates the opportunity for more specialised services. It puts it on the map as something to take seriously," said Dr. Richard Graham, as the BBC reported.

Gaming addiction affects social life, sleeping and eating patterns, eye and overall health, and education. Increased priority given to gaming, continuing on gaming despite adverse consequences, and having zero self-control are among the symptoms of addiction.

The study reveals that boys tend to spend a much longer time playing video games than girls do. And like any other form of addiction, video game addicts are encouraged to seek help from dedicated rehabilitation centers.

Read also: Football Manager 2021: 5 Things to Do When You're Bored of Your New Save

Several countries have taken some preventative measures to tackle the issue. In South Korea, under-16 teens are not allowed to access online games from midnight until 6:00 a.m.

Japan lets users know how many hours they spend on gaming, while China takes a much stricter approach by limiting children's screentime.

Gaming sure does help you feel happier, but anything superfluous is no good. When you become attached too much, and you feel obligated to play games instead of having fun with it, that's when it starts becoming a problem.

Read also: These App Terms and Conditions Are Longer Than Novels, Reports Reveal