The latest investigative report by Vice Motherboard reveals that the U.S. Army has been harvesting data from millions of Muslim users through popular apps for Quran and adhan, like Muslim Pro. 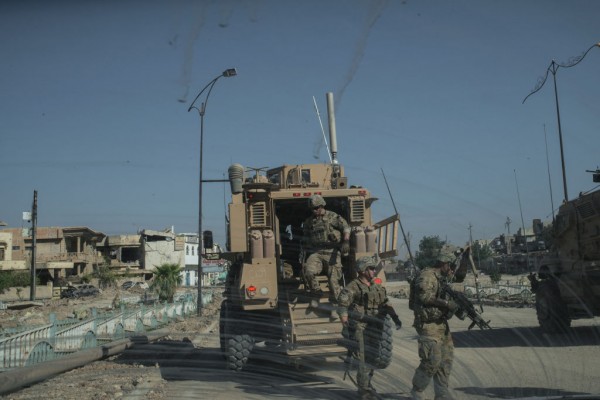 (Photo: Getty Images)
A new report reveals that the US Army has been harvesting millions of Muslim users through popular apps for Quran and adhan, like Muslim Pro. The reason? "Counterterrorism," it writes.

The report reveals two different methods used by the military. One is through the company, Babel Street, which creates a product called Locate X, and the other is through X-Mode, a third-party broker and location data firm.

These apps mostly sell their users data to brokers and advertisers for money, and one of the buyers is the U.S. Military. The US Special Operations Command (or USSOCOM) purchased access to Locate X to aid them in "overseas special forces operations." Muslim Pro sells data to X-Mode, the third-party broker, and X-Mode provides data for the US Department of Defense.

The reason? "Counterterrorism," the report writes.

Muslim Pro is not the only app to be harvested. A Muslim dating app called Muslim Mingle, a popular Craigslist app, an app for exercise, and a weather app are among the investigation subjects.

Although Locate X data itself is 'anonymized,' it's so easy to deanonymize a person, as the resource person told Vice.

Last March, a report by Protocol reveals that the U.S. law enforcement agencies signed contracts worth "millions of dollars" for the powerful tool. It lets them track users' by tracing cell phones' movement and drawing a digital fence around areas.

Even worse, some of these apps developers are not even aware that X-Mode has been selling their data to some military contractors.

"I cannot be aware X-Mode is working with military contractors if they do not clearly mention it somewhere," Nicolas Dedouche, CEO of Mobzapp, told Vice.

X-Mode pays $1,500/month to a developer whose app has over 50,000 daily users, as the official website reveals.

"The Most Popular Muslim App"

On their website, Muslim Pro claims to be 'the most popular Muslim app.'

The claim is not entirely false. Muslim Pro has amassed over 98 million downloads, and its service ranges from calls to prayers five times a day to Hajj (pilgrimage) guide and Quran recitation. Muslim Pro is a freemium app that offers a premium service, unlocking a feature to listen to audio recitations offline.

The other Muslim app, Muslim Mingle, is an online dating service that connects over 100,000 Muslims worldwide, or at least that's how many times the app has been downloaded.

The concern over user privacy data is at an alarming stake. Coming from the US Military, it is hypocrisy that they banned soldiers from using TikTok last year due to data-mining concerns.

What's worse is that not every developer knows that their users have been sold to these contractors, as mentioned above. The 'counterterrorism' argument is heavily outdated because, if they want to 'protect' the US users, why overseas users have also been sold?