Explore large maps, build the vehicle of your choice, and wreak havoc on land, sea, and air with Dieselpunk Wars, now available on Steam.

The latest game is a sandbox vehicle-building game that allows you to create your vehicle and fight against other players. Create ships, land-ships, airships, submarines, and more before pitting them in battles with advanced physics and damage simulation mechanics. There are more than 300 elements to build your very own war machine, plus customizable armor setups.

Image Power S.A. and Roasted Games develop Dieselpunk Wars through the Unity game engine. It was published together with Heartbeat Games, known for its vehicle-building and farm-simulation games.

Right at the home screen, Dieselpunk Wars features different parts coming together to form an armored tank that runs through a battlefield. Interestingly, in its Credits tab, the game lists the names of its Kickstarter backers, saying: "we couldn't make this game without you!" Get the full version of the game now on Steam.

Trundle Through Water or Soar Through The Sky

The game also has a massive Tutorial included, from the basic movement, which is fairly easy and intuitive, to the vehicle building - where things get a little more technical. The parts you use need to fit the application of the combat vehicle you are want to have. Consideration of drag, lift, the center of mass, and float becomes advantages attainable with the right design and material. The tutorial shows how a tank with a "blocky" armor falls behind another with a "sloped" armor.

In line with these factors, your war machine will always have the relevant statistics displayed on the screen. Aside from the dimensions, there is also the cooling and heating and the lift and submersion whenever applicable. The same planning and consideration are required for weaponry, with each weapon having various range, trajectory, and power. Projectiles each have their individual penetration and ricochet mechanics - getting too close could have your bullets bouncing back to you. 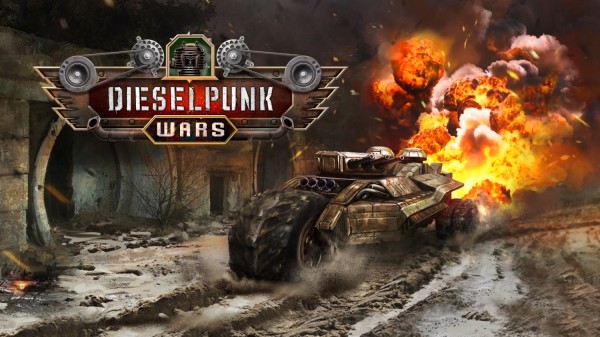 As the game progresses, players are introduced to different biomes that put their vehicles to the test. Additionally, the environment is mostly interactive and is responsive to the machine you have created. Going through the water with not enough float would cause you to sink eventually. Navigating through the sky with the wings or sails in a different orientation would drag you down. Also, moving through the forest allows you to bulldoze trees in the way.

In its Campaign mission, players accomplish a series of tasks, from building your vehicle to disposing enemies on the way. Additional parts and materials are unlocked as a reward for completing some of the missions.

For a more sandbox experience, Dieselpunk Wars comes with a Creative mode that allows you to build, customize, and roam around four different stages, each loaded with various optional tasks.

RELATED: Start-Up: Technology and Innovation is Now in Our Hands

As players create their customized vehicles - from the realistic to the far-fetched - Dieselpunk Wars also create a platform for players to share their designs and discuss plans with others through the built-in Integrated Steam.