A new technology that suits water that cannot be used on Mars has now been developed, calling it the Martian brine electrolyzer. It turns the water into viable fuel and oxygen on both the Earth and Mars' water parts and might be potentially useful for astronauts who are expected to land on the red planet by 2033.

A team of engineers from the McKelvey School of Engineering at the Washington University (WU) in St. Louis was the one responsible for creating the system. It utilizes the concept of electrolysis - a process that involves the use of electricity in which it could somehow divide the core elements of water, which are oxygen and hydrogen atoms. It also required the need to remove the sodium chloride solution from the water due to it being labeled as saltwater. It has found success after being used in a Martian atmosphere having a -33 degrees Fahrenheit air temperature. 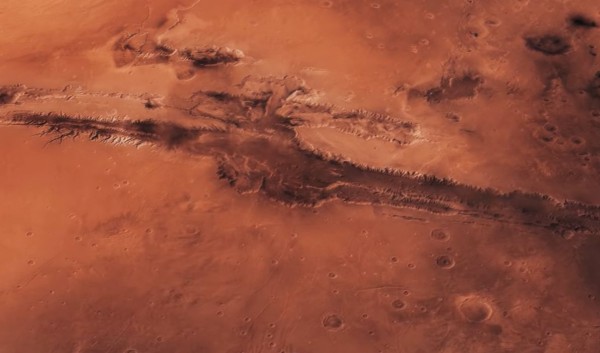 It also was used on Earth and regarded successful. The saltwater surrounding the seas and oceans of the Earth was greatly utilized as a stable fuel and oxygen source when using the system.

The Martian brine electrolyzer now goes hand in hand with the already established and existing MOXIE, or the Mars Oxygen In-Situ Utilization Experiment that is currently making its way to Mars. MOXIE was launched last July 2020 under the approval and supervision of the National Aeronautics and Space Administration or NASA. Yet, the new system by the WU engineers team seems to show more advancement and efficiency as it was labeled to produce an amount of 25 times more oxygen compared to the MOXIE. It also could equip the extracted hydrogen to the astronauts' fuel tank that could eventually send them home to Earth.

The Martian Brine Electrolyzer's Further Use and Components

Vijay Ramani from WU's Center for Solar Energy and Energy Storage describes that their Martian brine electrolyzer invention could "radically change the logistical calculus of missions to Mars and beyond." He also indicates that it could be used equally for both the further explorations of Mars or finding an alternative source of fuel and oxygen making processes on Earth.

He also mentioned various components of the Martian brine electrolyzer, such as the ruthenate pyrochlore anode, which was created through the concurrence of the platinum element to the carbon cathode. It would then provide the unique anode to integrate the system's function without intentionally heating up or purifying the saltwater's used source. He added that the system's high performance is a result of the carefully designed system and components, as well as the application of various electrochemical engineering principles.

Yet still, the system costs a lot of resources, especially funding it. The Martian brine electrolyzer developers are still exploring how to produce a more resources-saving version, with a touch of it being mobile as it is targeted to be roamed and used in the waters of the red planet.