NASA is nearing the end of the journey for the Perseverance after locking into orbit and soon to be attempting to land the rover to explore the Red Planet and learn its secrets for science and human progression. The landing of the Mars 2020 Perseverance Rover would be a NASA event and is inviting everyone to take part and watch the mission complete its arrival. 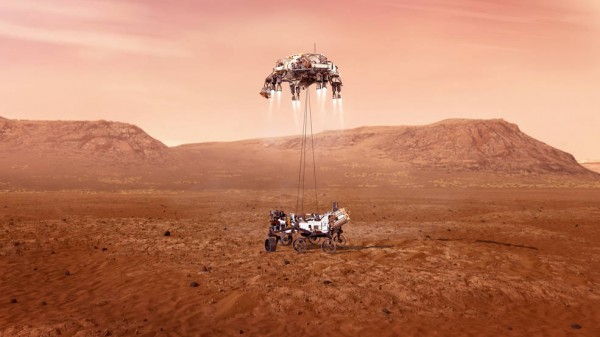 Mars is one of the top destinations of the National Aeronautics and Space Administration (NASA), as it aims to expand more of its space research and knowledge on the different heavenly bodies that surround Earth. Mars is the last of the Terrestrial Planets in the Solar System, which is also the farthest from the Sun and is almost a year on Earth time.

The Perseverance's spacecraft would almost conclude its journey, which only awaits the immensely sophisticated landing process of the rover to the Red Planet's surface. The landing would only take seven minutes, but at those times, it would be facing one of its most crucial moments.

NASA Mars 2020 Perseverance Landing: How to Watch, When, and Where

According to NASA's website, the lander would attempt to bring the Perseverance to Mars' surface on Thursday, Feb. 18, at 3:55 PM EST (12:55 PM Pacific Time). The live coverage of the space agency would begin by 2:15 PM EST, which would be live and available on the different platforms of NASA including:

NASA would be broadcasting pre-landing analysis and a talk show that would give an overview of the entirety of the mission, which has begun its journey since its original departure from Earth last 2020. The lander and the Perseverance rover would be having a brief, but more difficult entry to Mars, as it may crash and fail, therefore scrapping the entire operation.

The Mars 2020 mission would not be solely focusing on the Perseverance rover's mission on Mars, but would also bring the Ingenuity Mars Helicopter which could fly around the planet and reach locations faster. The helicopter would be the first attempt of NASA to fly a vehicle around another planet that would be purely remote-controlled.

The small helicopter resembles a drone that has a light body, frame, and wings, intending to be another vehicle that NASA could use to survey the planet. The Perseverance's landing on the Jezero Crater is intended because it is one of the locations that the group suspects to be a place with traces of water.