Hyundai faces one of the most significant issues in its entire vehicle production, as it would be recalling more or less 82,000 electric vehicle units that it sold to replace its battery cells that have reported to have battery problems.

The issues with its battery cells have several reports from private vehicle owners, saying that it caught fire on its own. 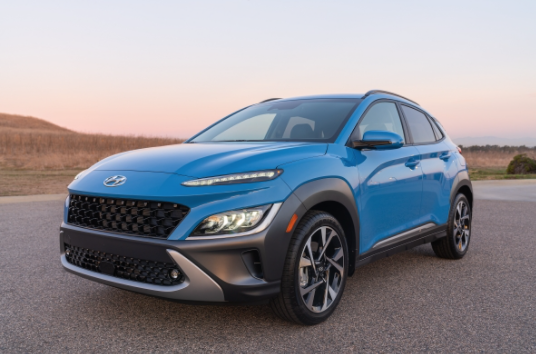 The main problem is centered on its flagship electric vehicle, the Kona Electric SUV, in which more than 15 people have reported to have seen its batteries catch on fire without doing anything. The problem is common for electric vehicles, as their drivetrain and entire functions rely on its power cells, which could contribute to a massive strain and stress.

However, while this problem is understandable, it should not be a common problem for electric vehicles since safety should still be upheld despite the car being in the possession of the new vehicle owner who bought it. The spontaneous combustion due to stress on the battery means that it is a manufacturer or factory defect on the end of Hyundai.

According to CNN, through the span of last year up to the present, there have been several reports to have confirmed that the Kona Electric SUV's power packs have problems and might lead to possible dangers. This resulted in the company issuing a recall to almost 7,000 units in the United States alone to prevent further damages and a lawsuit.

Moreover, its global distribution of the Kona E-SUV has also recalled a massive 75,000 units that it has sold across different countries, including its home region, South Korea. The recall would entitle the SUV to an all-new battery pack from Hyundai, featuring its latest design for its power cells that would, hopefully, not catch on fire anymore.

Since the EV industry has only started to bloom and catch recognition around the world, its recall and repair are expected to be costly and expensive as revealed by experts. The change in the vehicle's entire engine is a massive one and would result in a lengthy process that could potentially backlog other innovations and repairs.

Hyundai's Recall Costs $900 Million, One of the Most Expensive in History

According to Reuters, Hyundai's expenses would potentially be at around 1 trillion Korean Won or $900 million for the entire lineup's change and addition of the new battery pack. As experts in the matter broke it down, the change of engine, also known as the EVs' battery pack, would cost as much as $11,000 per vehicle in the company.

In terms of cost per vehicle, Hyundai's battery pack recall is one of the most expensive recalls in history, as typical prices in gas-powered vehicles only cost $200 to $500 per car. However, since the EV industry is one of the latest technology and it is limited to original parts from its manufacturers and suppliers, it takes on different pricing and experience.