The U.S. Defense Department is taking their security up-to-date. This possibly means strapping jetpacks to their special forces, with this technology being called the "Portable Personal Air Mobility System."

The Defense Advanced Research Projects Agency (DARPA) offers up to $1.5 million in development costs for research proposals involving "air mobility" systems. A total of $225,000 will be used in the study phase of this program. If the proposals pass this phase, they will undergo ground and flight tests to check field performance. The agency invites any innovative research concepts on the technical domain of improving aerial operations.

DARPA aims to improve its performance on the field. With so much technological advancement, the Defense System is getting ready to advance its technology, starting with the airspace domain. 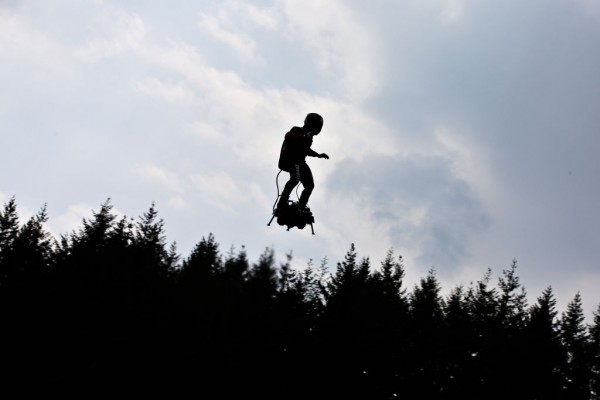 The new system proposals include jetpacks and a variety of other technological flying outfits designed to be operated by a single person. According to Gizmodo, the published solicitation documents include models of power wingsuits, powered gliders, and powered parafoils, which could leverage emerging electric propulsion technologies, hydrogen fuel cells or conventional heavy fuel propulsion systems.

DARPA envisions to equip all of these apparatuses with intuitive interfaces and computer-assisted control functions, which is a system that can support their soldiers on the field. DARPA says that the software would also be useful in other military operations and stings, such as "urban augmented combat, CSAR [combat search and rescue], Maritime interdiction and SOF Infil/Exfil [special forces operations to get in/out of a given situation]."

Jetpacks have existed for decades and are mostly used for novelty acts of airshows, stunts, or other entertainment forms. Jetpacks are also hard to maneuver, easy to run out of steam, and extremely noisy. DARPA plans to play an active role in evolving these technological advancements by bringing them to operational use in the military forces.

What DARPA Expects From These Units

However, the demands for these flying units' performance are high. DARPA wants their flying suits to be resilient, quiet, and easy to use. It should have a flying range of at least 3.1 miles, take off at any terrain and easily assemble 10 minutes or less. DARPA wants their technology to be simplified so that someone unfamiliar with the platform could be educated with minimal training. These units are envisioned to be cost-effective in their missions.

This call to action is sparking a wider interest in technological advancement for the Defense Department. It would take the next new months of development to see if DARPA can pull off the idealized Portable Personal Air Mobility System they want.

Read Also: Elon Musk Sells Song About NFT as NFT: Did Someone Buy It for 420M Dogecoins?