The first time the Pegasus spyware was known to the public was back in July. The malicious software could infiltrate both iPhones and Android smartphones.

Now, it seems iPhone users can easily check their devices if it is infected with the spyware by using one easy app.

What Is Pegasus Spyware?

The Pegasus spyware was developed by the Israeli cybersecurity organization NSO Group. It works as malware that infiltrates smartphones via apps like iMessage and WhatsApp. Inadvertently clicking a link containing the vulnerability can introduce the spyware into the intended victims' devices.

The Israeli NSO Group insists it is only intended for use against criminals and terrorists, but the investigation done by The Guardian and 16 other media organizations revealed widespread and continuing abuse and misuse of the spyware.

Once installed, Pegasus can harvest practically any data from the device and transmit it back to the attacker. The spyware user can secure a log of the phone owner's past movements and track their location in real-time with pinpoint accuracy, including the speed at which their car was traveling.

Read Also: Afraid Your iPhone Is Infected With Spyware? Major Warning Signs and 6 Ways You Can Remove It

It is worth noting that the chances of having your iPhone infected with the spyware are actually quite low, Cnet said. Apple has always been proud of providing its users with a safe mobile experience.

Though one of the safest smartphones available on the market, iPhones are not impenetrable and so performing this scan is really just for the user's peace of mind. 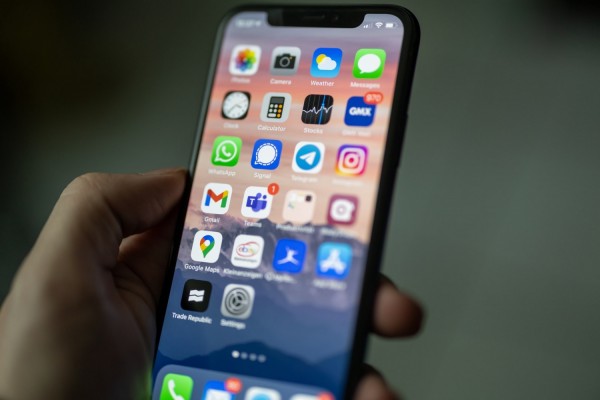 (Photo : Dimitri Karastelev/Unsplash)
Once installed, Pegasus can harvest practically any data from the device and transmit it back to the attacker. The spyware user can secure a log of the phone owner's past movements and track their location in real-time with pinpoint accuracy, including the speed at which their car was traveling.

The toolkit was developed to detect signs of Pegasus for any user who wants to perform the scan. It is free for the public to use; however, it does require some technical skill to set up and perform.

With iMazing, performing the scan is now more user-friendly. Though the app has a paid version, the full spyware test can be done with the free trial, Cnet said.

Download and install iMazing. Once running, connect your iPhone to your computer via its cable. In the action options of the app, scroll down to locate Detect Spyware. Click on that action and a new window will pop up and guide you through the process.

When iMazing is finished with the test, the results will come up. For the majority of iPhone users, there will not be any signs of infection and zero warnings for such.

If iMazing does say your iPhone has signs of an infection, it is best to stay calm. Do not panic as this could simply be a false positive, Cnet explained. You can open or reveal the report to check the test yourself, but iMazing also asks that you send the report to its customer support team who will do further analysis on the results.

Since the original extensive report of the Pegasus spyware revealed, it was used to attack family and associates of politicians, lawyers, activists and journalists. iMazing warns that if you or a family member are active in a "politically sensitive context" and it is revealed that you have a positive report, they suggest immediately removing your SIM card and turning off your iPhone.

The chances of getting a true positive report with iPhones are very slim, Cnet stressed.

One way to keep up with the latest security features for your iPhone is to update its iOS when Apple rolls them out. Performing this scan should appease those who are concerned for their safety and keep safe those who might be potentially at risk.