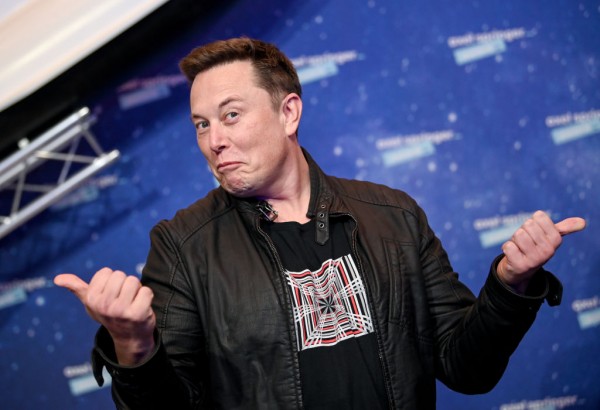 (Photo : Pool/Getty Images)
Elon Musk trolling Blue Origin and Amazon founder Jeff Bezos in reclaiming the position of being the richest man according to Forbes

SpaceX and Tesla CEO Elon Musk reclaimed the throne after being named the richest person by Forbes. Following his re-emergence as the world's richest person, Elon Musk has taken a shot at Jeff Bezos, Founder of Amazon and Blue Origin.

On Monday, Forbes reported that Elon Musk is officially the third person ever to be worth $200 billion, surpassing Jeff Bezos, Amazon's previous CEO and future space rival.

The Business Insider reported that Musk jokingly said in an email to Forbes that as a celebrator crack, he will be "sending a giant statue of the digit '2' to Jeffrey B., along with a silver medal," to remind themselves of where they stand on the Forbes' billionaires list.

However, Jeff Bezos' spokesperson did not respond to a request for comment.

Both of the entrepreneurial giants have ignited rivalry between them. Earlier this year, Musk took to Twitter his remarks on Jeff Bezos's rocket company called Blue Origin after it protested. The protest was brought by NASA's decision to grant SpaceX a $2.9 billion contract to land humans on the moon. Musk remarked, "Can't get it up (to orbit) lol," pertaining to the Bezo's New Shepard rocket reaching 100 km altitude but not into orbit.

Can’t get it up (to orbit) lol

This month, Kuiper, an Amazon subsidiary, submitted a complaint petition to the Federal Communications Commission, objecting to SpaceX's intentions to expand its Starlink satellite network. Elon Musk again took to Twitter to respond and remarked that Jeff Bezos had "retired to pursue a full-time job filing lawsuits against SpaceX."

SpaceX has sued to be *allowed* to compete, BO is suing to stop competition

The affinity of these powerful men comes from a remarkable resemblance that comes as no surprise. Not long ago, Musk playfully called Bezos a "copycat" twice on Twitter, both times using a cat emoji.

The first one was in April 2019 when Amazon publicly broadcasted its plans to launch internet-beaming satellites in competition with Musk's SpaceX. He taunted Bezos once more in June 2020 when the self-driving car company Zoox was acquired by Amazon, which obviously is competing with Tesla.

In recent years, the public has witnessed the two men being involved in a collision on two fronts: their economic worth and their space ambitions.

When it comes to the field in space, the two men lead rival rocket companies. Jeff Bezos formed Blue Origin in 2000, and Elon Musk founded SpaceX in 2002. Bezos took a ten-minute flight into suborbital space aboard a Blue Origin spaceship in July. As the billionaire space race intensifies, the two have become increasingly famous in exchanging remarks on Twitter and in speeches.

In March 2020, Elon Musk had an accumulated net worth of $24.6 billion. On the other hand, competitor Jeff Bazos was worth more than $115 billion on January 2020. After Amazon stock soared high, Bezos became the first person to be worth $200 billion in August of 2020.

However, the stocks of the electric vehicle company raised up to 720%, shortly declaring him the world's richest person in January 2021. For multiple times this year, the two richest men have traded the title back and forth.

Coming on third place is the French luxury goods conglomerate of LVMH, Bernard Arnault, who also rallied beside the two in making it to the billionaire status.