Most of the people living in developed countries own some sort of computer, whether it is a smartphone, a tablet, a laptop, netbook, or a desktop. If not, you wouldn't even read this. However, statistics show that only around 15% of the 7 billion people living in the world today actually own any sort of computer. For the rest of the habitants of the planet, computers are not yet just another banal commodity.

Questions would be: Is there any way to provide to the billions of poor people living in the developing world access to an affordable computer? How many lives would change around the world if this would be possible?

There is a company that believes in this dream. Their project is called Endless, a stylish yet affordable computer featuring a smartphone simple operating system. You don't even use a monitor for it, since it comes with an HDMI cable connecting your TV.

Endless is not the first project of this nature. Low cost computers like the Raspberry Pi and the One Laptop Per Child project were tried before. Some of these earlier initiatives for a low cost computer are even cheaper than Endless.

Matt Dalio, the CEO behind this inspired and altruistic project, got this idea while traveling through poor regions in India. He discovered that there many households that don't own a computer, while still not lacking a TV. He then realized that all these families could use their TV set as a monitor for a cheap computer.

Another useful feature of Endless, especially in the developing world, is the fact that you don't even need an internet connection in order to use it. The low cost computer comes loaded with many useful applications, including educational lectures, a full encyclopedia, recipes, health info, and many more. The developers of this project actually took their time to go into people's homes and ask them relevant questions in order to find ways how information technology could change their lives for better. 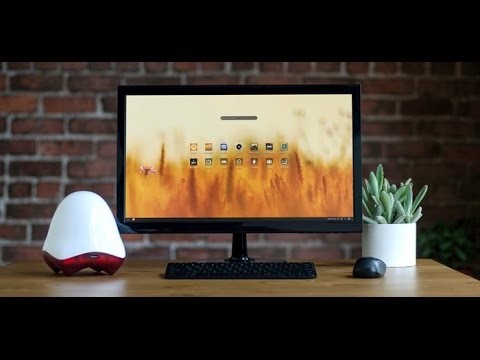 Endless is powered by a cheap Intel Celeron processor and comes with 2 GB of RAM. The storage space is provided by either a 500 GB hard drive or 32 GB of flash memory. The low cost PC also comes with integrated speakers, built-in WiFi and Bluetooth. The starting price is just $169 and goes up to $229 for the 500 GB hard drive option.

The project to bring Endless to the market is founded by a Kickstarter campaign. The first Endless shipping computers are expected to be launched on the market at the end of June or early July. The promoters of this project hope that the low cost computer will also sell in developed markets, in order to be able to extend its reach to the third world.

It is certain that computers will play an important role in shaping the future and helping developing nations to cover the technological gap that separates them from the developed world. Some might think that access to shelter, water, and food are more stringent needs in poor countries than owning a computer. But having a computer and an Internet connection does not only mean playing games or access to an email address and a Facebook account. Just think of how many new opportunities a computer can bring in creating a small business and improving the daily life of a family living in one of the emerging nations.

PCs Get Cheaper With The US$75 Endless Mini

The device is a small desktop designed for emerging regions which was introduced at the Consumer Electronics Show 2016.