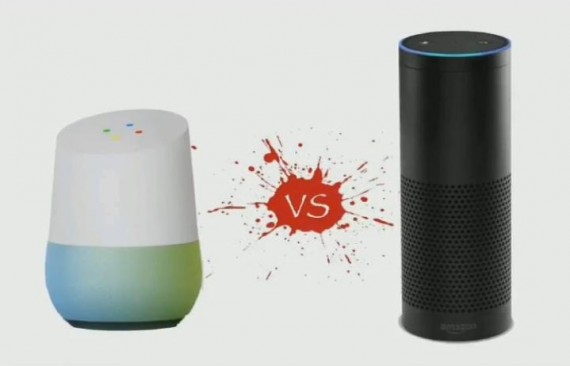 Up until a few weeks ago, the Amazon Echo was unmatched. But then the Google Home was released and changed the game completely, no matter what features Amazon continues to add to its smart speaker. (Photo : Harshita Asnani/YouTube)

Up until a few weeks ago, the Amazon Echo was unparalleled in its field, because it was practically the only member. However, since Google Home was introduced into the market, sales of the Echo have been at risk. To curb the interest in its competitor, Amazon has introduced a new variant of the device, as well as additional features - but is it enough for the Echo to continue its reign?

As noted by The Sun, the online retailer has just released the Amazon Echo Dot, which is the miniature version of the Echo. The device, which is priced at around US$50, can connect to a set of home speakers, thereby turning it into a voice controlled item. Moreover, setup is easy, as the Dot can connect via Bluetooth or a standard 3.5 mm audio jack.

Of course, the Amazon Echo Dot is capable of doing everything that the Amazon Echo can, including setting an alarm, storing music and other like items. Unlike its larger predecessor, however, the echo can also go online shopping, as long as the owner has an Amazon Prime customer. In addition, it can also manage to do lists and reveal Champion Leagues scores. Amazon hopes that this feature will extend to other sports and leagues in the future.

But as great as the Amazon Echo has been and as amazing as the Amazon Echo Dot sounds, there is one important thing that these devices still can not offer, which Google Home does. No matter how hard the Amazon smart speakers work, they still cannot easily connect all devices to make them into one well-oiled machine. But with Google's system, users can get this.

As Forbes points out, this is essential because of two things. First of all, Amazon does not have its own operating system, which definitely limits the capabilities of its items. But secondly, Amazon does not appear in a significant number of day-to-day items. That is, Amazon products are not at the forefront of a consumer's life.

On the other hand, Google does have this type of reach. Granted, there are a number of competitors - namely Microsoft and Apple - but the search tech giant is still arguably the largest players in most people's lives. Not only is the search engine itself constantly used, but the software, most especially its operating system, is used in a variety of other mediums and platforms.

Because of all of this, Google Home can create a smart lifestyle for its user. In effect, the smart speaker acts as a sort of secretary, while all other devices of an individual feed it information. What results is a personalizes smart life, which is driven by Google through various Google-powered devices.

The heart of Google Home is Google Assistant, which is almost undoubtedly a smarter AI than Amazon's Alexa. Google has the years behind it, after all. Google Assistant is not only easier to speak to and therefore command, but it also follows up on more complicated commands and even provide various options. Google Home also has a longer list of product compatibility than the Echo.

While the Windows 10 event is expected to focus on software, there is no doubt that the Microsoft has some killer hardware to pull out of its sleeves as well.

With Samsung’s Galaxy Note 7 officially out the smartphone market forever, there are a lot of shoes to fill. Fortunately, the Android market is full of worthy alternatives.