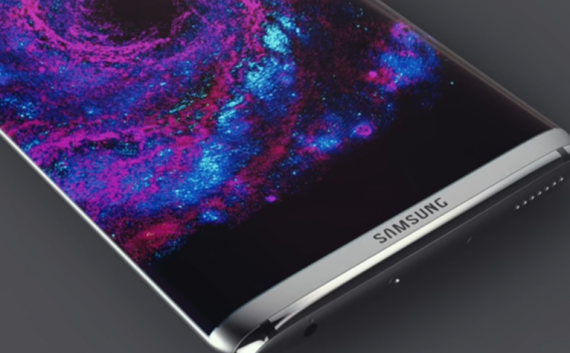 The Samsung Galaxy Note 8 is the next-gen model from the Samsung Note series. It's the successor to the Note 7 which has been made popular by its explosion controversy and total recall. While the Note brand may have been forever stained by the said controversy, many Note fans are still anticipating the Galaxy Note 8's arrival.

Samsung is yet to confirm the specs and features of the Galaxy Note 8. But as per an IBTimes report, Samsung's next Note phablet could have an improved S Pen. In fact, rumor has it that the next Samsung stylus will sport speakers of its own, allowing users to maximize the use of the S Pen. Furthermore, the Galaxy Note 8 could also get a boost in the camera department.

Aside from the anticipated increase in megapixel count, the Galaxy Note 8 camera is also allegedly getting improved touchscreen gestures. As per a Yahoo report, Samsung might add some zooming-related features to the Galaxy Note 8. Needless to say, these are still rumors as Samsung hasn't confirmed any of this yet. Luckily though, the company has already confirmed that the Galaxy Note 8 is indeed arriving next year, debunking the rumors that say the Note series will be permanently phased out.

However, since the company didn't exactly say when the Galaxy S8 and the Galaxy Note 8 are getting released, fans can just stick to the Samsung's traditional release dates. The company normally releases the Galaxy S phones during February or March. The Galaxy Note phablet on the other hand, normally gets released around August.

While most of the rumored features of the Galaxy Note 8 are great additions to the phablet, there are still some things that the Note 8 could come with to make its buyers extra happy. First and foremost, it would be very nice if the Galaxy Note 8 could undergo hundreds or thousands of tests to ensure its level of safety. Also, it would be great if the phablet would come with a removable battery. Not only would this minimize the battery related explosion, removable batteries are always more convenient than non-removable ones. On top of these, a dual camera system would also be a happy addition to the Note phablet.

Nevertheless, Samsung is still way too mum about the Galaxy Note 8. It's probably because the device is still far from polished or the company is simply more focused on the Galaxy S8. The S8 will be released sooner than the Note 8, so it would probably be the one to make headlines in the coming days. Nonetheless, the confirmation that the Galaxy Note 8 is coming is enough news for all the Note fans across the globe. Whether it would sport all the latest features or not, it doesn't really matter. What's important is that Samsung doesn't remove the well-loved phablet with stylus from the market.