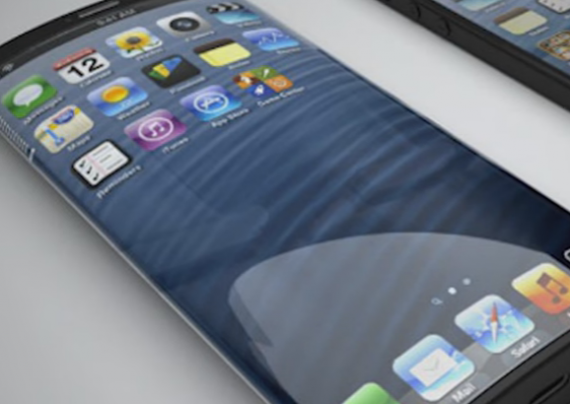 The iPhone 8 is bound to be released next year and it's quite intriguing whether or not Apple can live up to people's expectations for the anniversary iPhone. (Photo : MostAmazingTop10 / YouTube)

The excitement for the iPhone 8 is building up as time pass by. We may be a few months away from the phone's predicted launch date but it's obvious that the iPhone 8 is worth drooling over considering that it is Apple's 10th iPhone. As an anniversary iPhone, people expect so much from it. The question right now is whether or not the company can actually live up to fans' expectations. The MacBook Pro 2016 may not have done a good job in pleasing people. It's not that the MacBook Pro isn't good enough, it may just have been a victim of circumstances.

MacBook Pro 2016 May Not Have Been A Successful Release

The lack of a new MacBook Pro model has led people to expect so much from the new release. For the amount of time Apple has taken a break from producing brand new laptops, you'd think their next product will be knocking out every other brand. But as it turns out, not a lot of laptop users have testified to loving the new MacBook Pro. Considering that the said laptop is also a super expensive, uneducated bashes have been shot at the device ever since its release. MacOS loyal users are happy about it though, especially the ones who have held up buying a laptop to wait for this. Since there really isn't any other viable option for people looking for a new Apple laptop, the MacBook Pro 2016 is the only perfect choice.

As per Forbes' summary of MacBook Pro 2016 reviews, it appears that the laptop may not have been good enough for a large number of people. It may not have even been a good upgrade for developers who have waited for its arrival. As a whole, it's a bit confusing as to which group of people Apple aims the new MacBook Pro at.

The iPhone 8 is still as raw as it could be. All info known about it at this point in time are from the rumors that have been leaked from all corners of the internet. Apart from the iPhone's supposed all-glass body, there really isn't a lot of solid info known about the said iPhone. A Mac Rumors report also suggests that the phone could also come with an "edged" body like Samsung's S devices. However, if you're looking for a major feature, none has been leaked so far.

Could it be that the iPhone 8 will be yet again another "MacBook Pro"? Could it once again come with features whose usefulness will become an argument between people? The answers to these are still hard to determine right now. However, one thing is for sure, Apple has a lot of proving to do when it comes to the iPhone 8. Not only is the device carrying major expectations, the company also has to redeem itself from the MacBook Pro's negative reviews and the iPhone 7's alleged lack of key upgrades.

While the all-glass body and curved screens will definitely give the iPhone 8 an elegant and premium look, these may not be enough to make the phone "great" in one sense or another. If Apple could improve their flagship's weak areas like display, RAM and battery, then there's a good chance that their phone could finally get zero bashing from buyers. The iPhones are typically expensive, but it's just as pricey as most premium Androids are. If the iPhone 8 proves to be a worthy buy, it can actually beat most of the well-loved Androids on the market.