Are These Celebrities Leaving US For Good After Trump’s Surprising Victory? 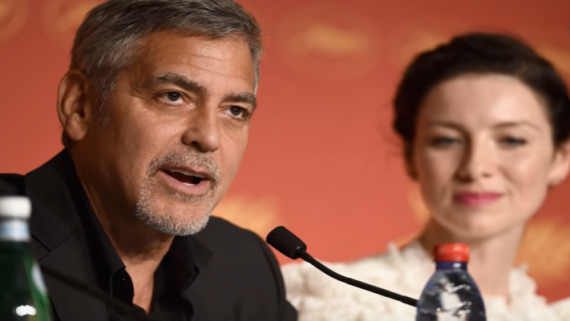 Now that Donald Trump is the new US president, will Hollywood celebrities who are against his leadership leave America as they initially planned? (Photo : WochitNews/YouTube)

Whether we like it or not, the US presidential election ended with a thrilling victory of Donald Trump. While many are joining his overwhelming celebration of success as the incoming most powerful leader in the world, others have stated their objections via protests and rallies.

The public has also seen and read the thoughts of famous Hollywood celebrities about the recently concluded presidential race. Videos, tweets, and tv guestings were maximized as powerful tools in expressing the stars’ choice prior to the voting date. As fearless and strongly convicted as they are, leaving the country was a resort crucially considered should the Republican politician emerge as the winner. And now that he is, will these influential actors pursue their plans of relocating to different countries?

In an article published by Variety two days prior to the election day, “The Vampire Diaries” star Ian Somerhalder addressed the possible triumph of Trump as a “scary thing” and even thought of leaving the country should the business magnate nab the prestigious title.

“I think about the America I could potentially be raising my children in, and I don’t know, I don’t know if I would actually want to stay here. It’s extreme, but I love this country. I want nothing but the best for this country,” Somerhalder said.

Schumer , a known liberal and a hard-core feminist, has been blunt against Trump’s presidential campaign. She even said she would leave America if Trump is elected. With various sexual harassment accusations of women against him, the popular comedian attacked him in her recent show in Florida. Schumer told the audience about her association with Hillary Clinton and tagged Trump as a monster.

Nathan appeared in a "Save the Day" video created by “Avengers: Age of Ultron” director Joss Whedon. In the clip, the actor, along with other celebrities are seen urging the voters to exercise their rights and to be wise in making their decision.

Adding a tad of comedic brilliance, Nathan emphasized himself as an immigrant. This adds him on the lineup of stars that might leave the US since Trump is now the new president.

Justin and Anna Kendrick (both stars in the new film “Trolls”) guested on the “Graham Norton Show.” When asked about their opinions on Trump, their expressions were clear answers that they are against the idea of supporting the former owner of the “Miss USA” pageant.

These are few of the many actors and actresses that are against Trump even during the campaign period. Are they going to take a stand and be true with their words? Or take a dose of their own medicine in the near future?

President-elect Donald Trump is not an ideal and realistic leader to a lot of artists but there are still legendary names in the entertainment industry that greatly believe in his capabilities and wisdom of making America a better place. Mike Tyson and Dennis Rodman were included in the list of Trump’s avid fans.

An AI startup has created artificially intelligent technology that can mimic real human voices using a minute worth of audio.