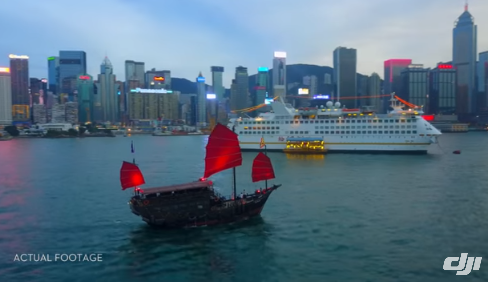 DJI is in no doubt a very reliable source of magnificent drones. Just recently, the company has released a few more drones after their Mavic Pro drone. DJI has unveiled the Phantom 4 Pro, Matrice 600 Pro and Inspire 2. These new editions of existing DJI drone models are undeniably amazing. They are pretty much the upgrade DJI drone owners are waiting for. Nevertheless, there's a reason why you should hold back purchasing them, and it doesn't involve low product-quality.

In case you've missed the issue, DJI opened the pre-orders for the Mavic Pro a couple of months ago. However, the company has had problems shipping each and every drone pre-ordered from them. This caused frustrations in the buyers' end and the company's initial lack of explanation made things worse for its customers.

Nevertheless, DJI has eventually released a statement explaining the issue. They said that they encountered a technical problem in the manufacturing of the drone and that they also haven't expected the overwhelming demand for the Mavic Pro. With that, DJI said that they will try to have all earlier orders cleared no later than late December.

This means that if you're looking to buy a DJI drone, taking some time to wait for the company to stabilize their shipment could be a good idea. It's not that the shipment problem is confirmed for all DJI drones, it's just probably better to be at a safe side. This applies more to the interested buyers of Mavic Pro as you don't want your order stranded behind the initial orders that are yet to be completed.

Nevertheless, interested buyers of other DJI drones should also wait and see if the company is able to ship your desired drones without an issue. Tech Crunch's report says that DJI North American communications head Adam Lisberg said that they have already learned their lessons from the Mavic Pro delay. This might mean that there are low chances that the delay will be repeated with the new drones. Needless to say, it's better to be sure.

It's still worth noting, though, that despite the controversies, DJI's new drones are undeniably some of the best drones you may have ever seen. The Matrice 600 Pro for instance, it boasts of its battery technologies that make drone flying safer and more effective. The Matrice 600 Pro has six charging hubs and it also has a smart battery management system. When one battery turns off or on, DJI says that the rest will follow suit. In case of failure in the battery department, the M600 Pro is also able to do a safe landing.

The DJI Phantom 4 Pro on the other hand boasts of its 4K recording and its super tough body. Its titanium alloy and magnesium alloy build makes it more durable than most drones in the market. As contradicting as it may sound, the Phantom 4 Pro is both durable and light. It also has improved obstacle avoidance sensors and a more improved camera compared to its predecessor.

Needless to say, the DJI Inspire 2 may be the most amusing and the most amazing DJI drone right now. It has two cameras which makes it a top choice for professional videography. It's got a rotating main camera underneath it and it also has a front camera. This drone boasts of the CineCore 2.0 technology and it allows for 5.2K video capture. The Inspire 2 can be bought with the Zenmuse X4S or the X5S camera. Do take note that the latter option can be used with 10 varying lenses.